I chose this photograph because it captures the moment when Daniel Ellsberg realized he needed to take action to end the American war in Vietnam. This photograph is from the October 1, 1969, War Resisters League conference at Haverford College in Pennsylvania. Ellsberg is seated in the back row, the last person in the top right hand corner. At this gathering, he listened to non-violent resistance and anti-draft activists Janaki Tschannerl and Randy Kehler, and he had an emotional epiphany about his role in working for Rand Corporation and U.S. involvement in Vietnam that changed his life.

“I left the auditorium and found a deserted men’s room. I sat on the floor and cried for over an hour, just sobbing. The only time in my life I’ve reacted to something like that.” 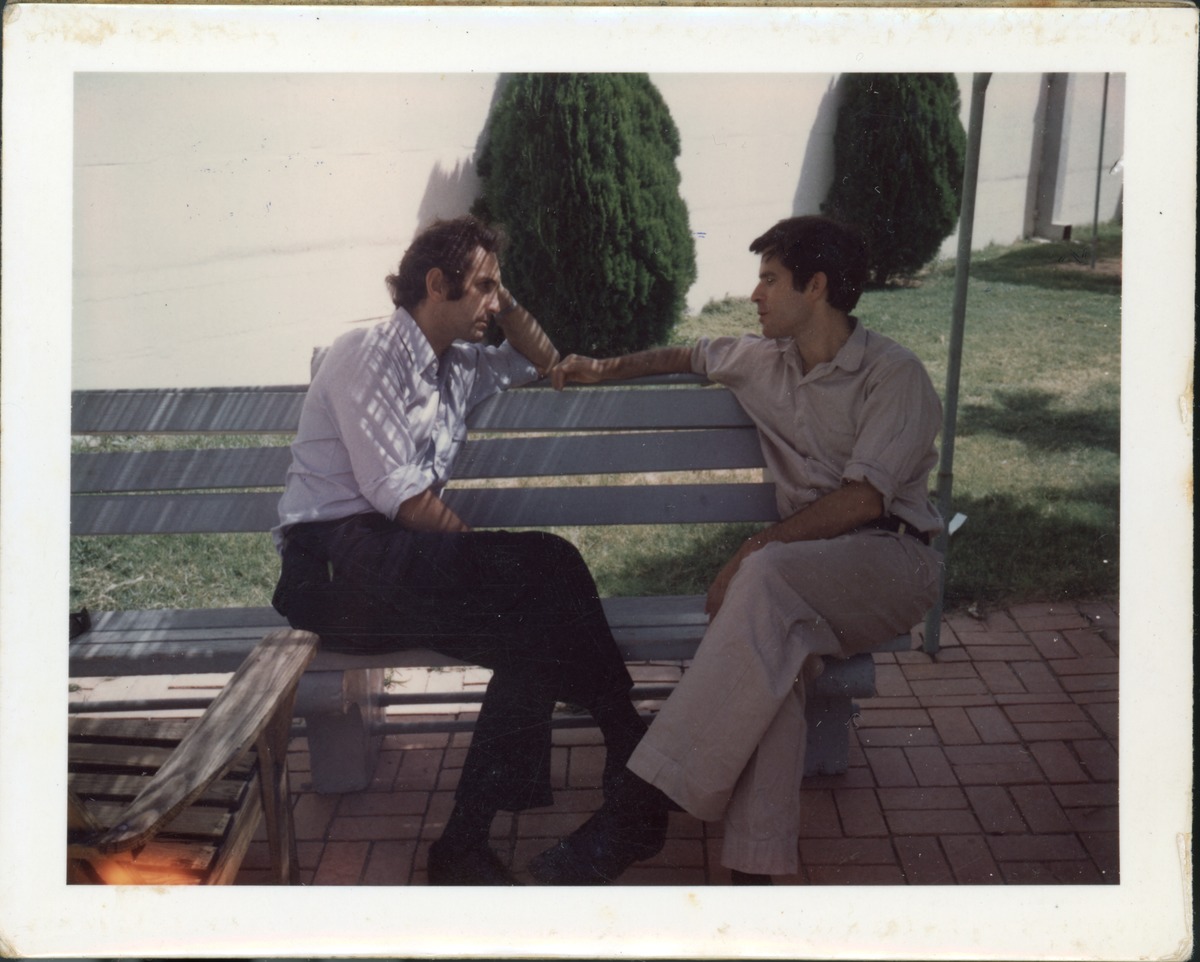 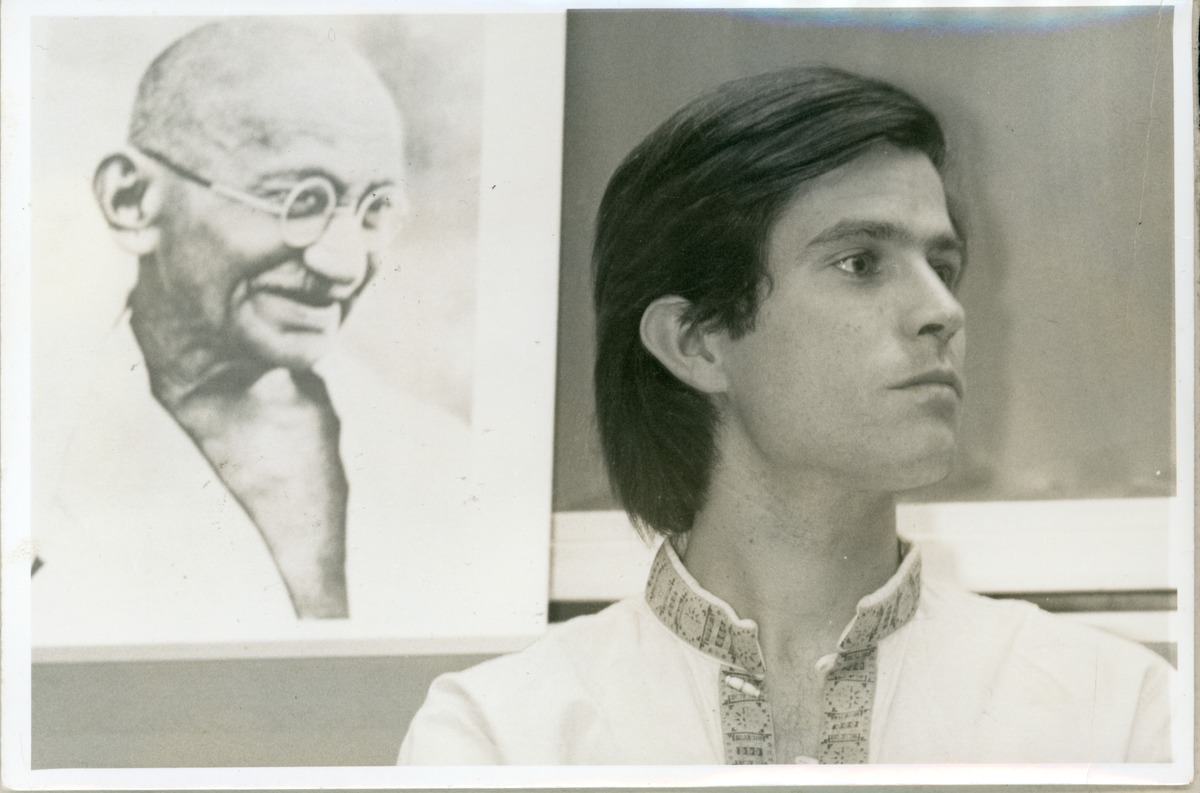 Randy Kehler in front of a photograph of Gandhi, August 28, 1969 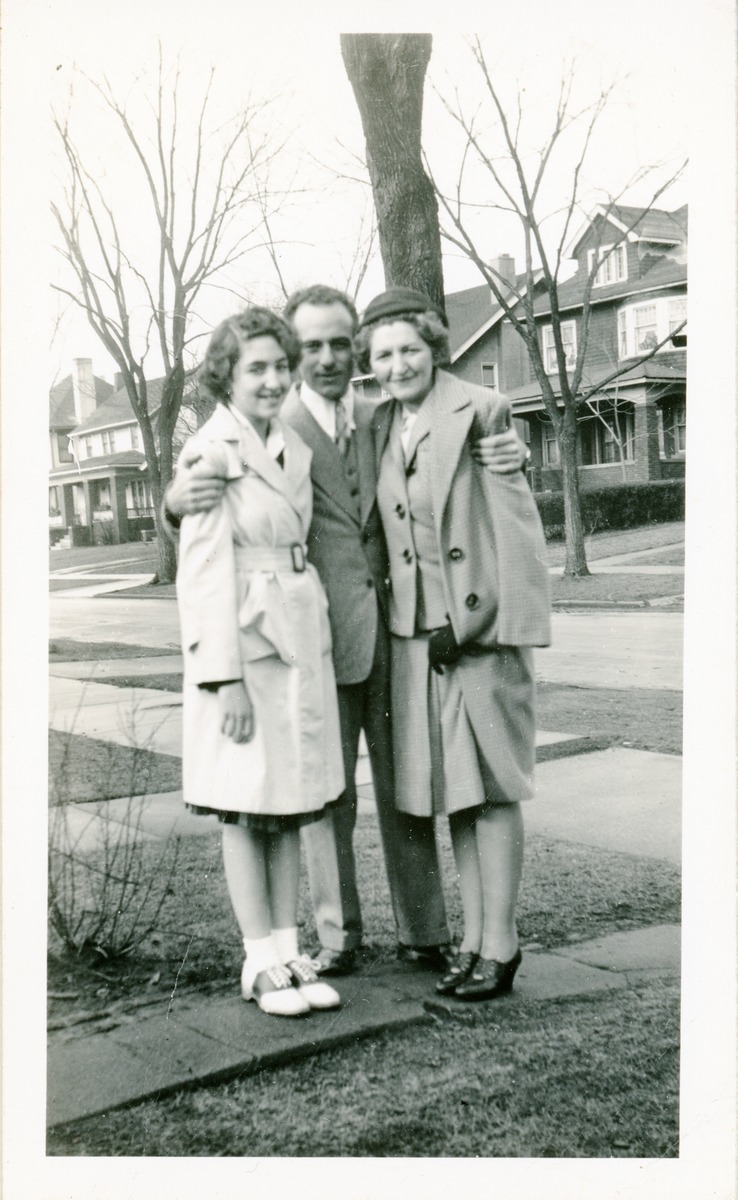 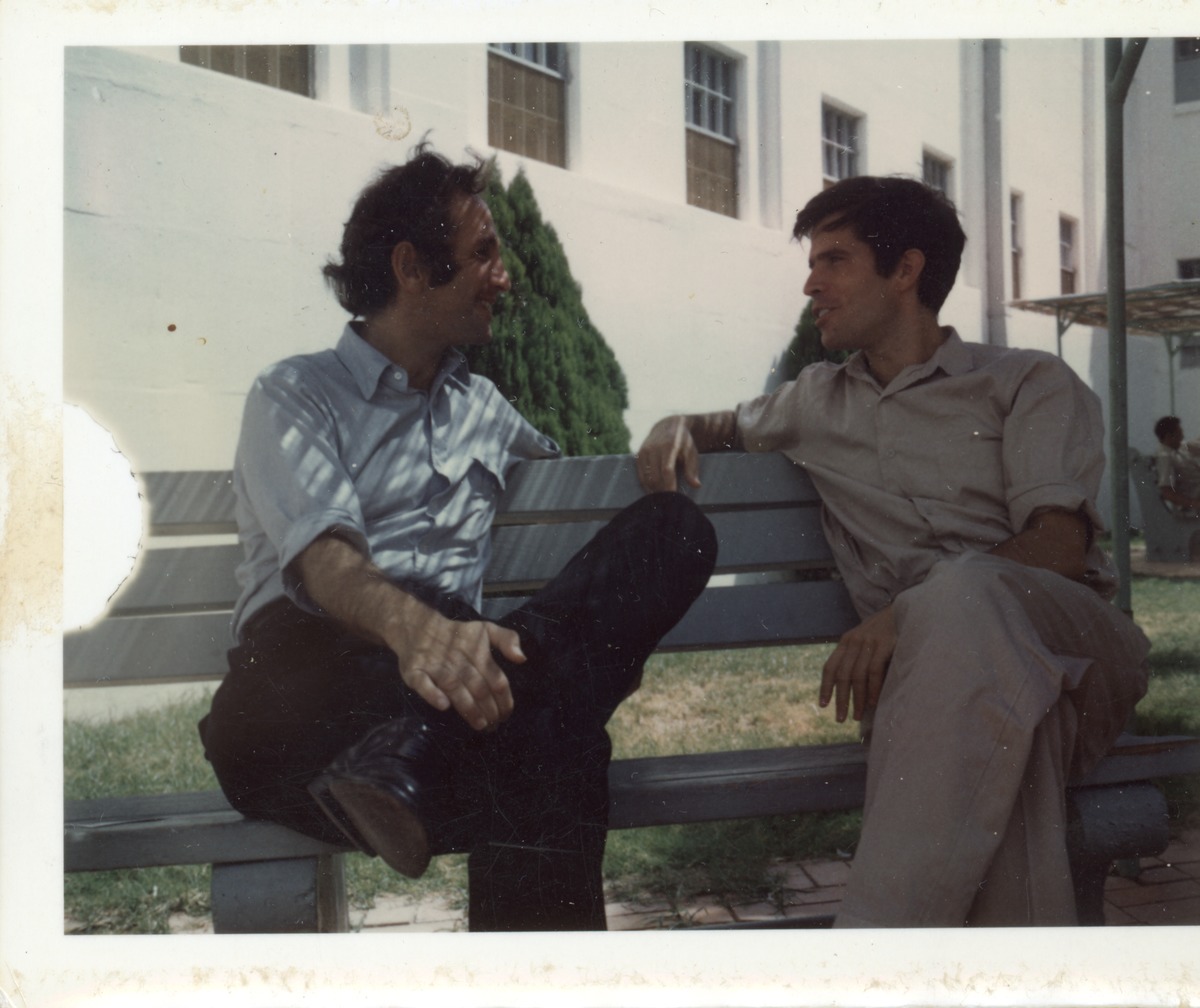