A 50th Anniversary Conference Commemorating the Release of the Pentagon Papers. 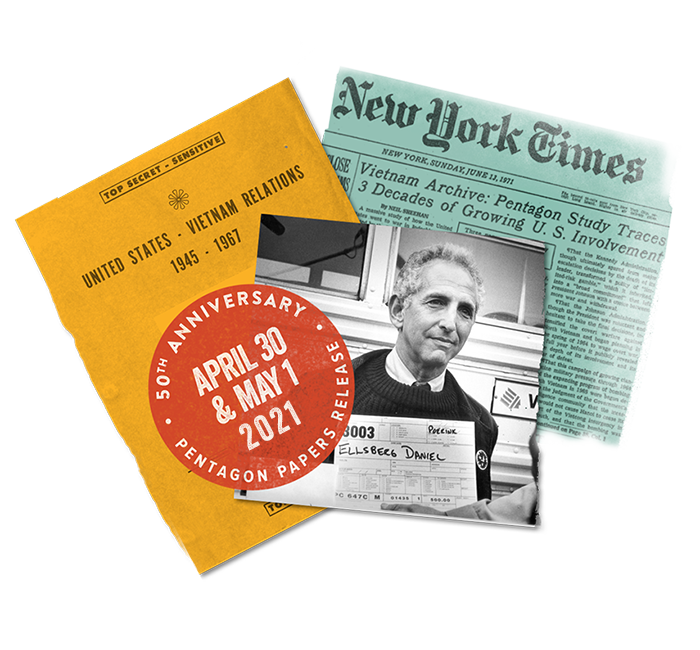 On Friday, April 30, and Saturday, May 1, the University of Massachusetts Amherst, with The GroundTruth Project, presented “Truth, Dissent, & the Legacy of Daniel Ellsberg,” a free online conference commemorating the 50th anniversary of the Pentagon Papers release.

Sit in on the year-long UMass Amherst seminar, “Truth, Dissent, and the Legacy of Daniel Ellsberg,” as professors Christian Appy and Kathy Roberts Forde talk with their students about digging through the Ellsberg archive, a 500-box collection of personal, professional, and government documents relating to Ellsberg’s life, legacy, and activism.

The American War in Vietnam and Why It Still Matters

Antiwar Movements Then and Now

The Pentagon Papers and Watergate

Lessons and Legacies in an Age of Endless War

Afghanistan. Iraq. Syria. We are living in an era of perpetual war and countless U.S. military interventions despite repeated failure to achieve stated objectives. Where are we and how did we get here?  Hear from leading journalists and scholars, including political scientist and co-director of the Costs of War Project Neta C. Crawford, investigative journalist and professor Azmat Khan, war-reporter and author Nick Turse, and Craig Whitlock, the Washington Post journalist who broke the Afghanistan Papers story.