Don Tomaskovic-Devey studies the processes that generate workplace inequality. He has projects on the impact of financialization upon U.S. income distribution, workplace desegregation and equal opportunity, network models of labor market structure, and relational inequality as a theoretical and empirical project. His long-term agenda is to work with others to move the social science of inequality to a more fully relational and organizational stance. He is advancing this agenda through empirical studies of jobs and workplaces, as well as social relationships between jobs within workplaces and the social relationships that link organizations to each other. This agenda is supported by principled theory and methodological projects. He is best known for his contributions to Relational Inequality Theory as well as organizational sampling and measurement methods. He is a founding member of the University of Massachusetts Computational Social Science Institute. He is also a founding member of the EEODataNet, a network of researchers who have performed research  for the U.S. Equal Employment Opportunity Commission. His testimony before the U.S. Equal Employment Opportunity Commission can be found here. 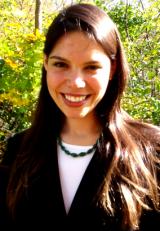 Fidan Ana Kurtulus is an Associate Professor of economics at the University of Massachusetts Amherst.  She is also a Women and Public Policy Fellow at the Harvard Kennedy School of Government.  She received her A.B. from the University of Chicago, graduating with honors in economics.  She obtained her Ph.D. in economics from Cornell University.

Professor Kurtulus' conducts research on a variety of topics in labor economics, including the organization of workers within firms, participatory workplace practices and employee ownership, the causes and consequences of workplace diversity, and the long-term effects of affirmative action legislation on the U.S. employment landscape since the Civil Rights Movement.  Some of her most recent work for the EEOC uses restricted-access data from the U.S. Equal Employment Opportunity Commission (EEO-1 files) to examine the employment progress of women and minorities over the last several decades.  She is also working on a large project for the EEOC using restricted-access state and local agency EEOC data (EEO-4 files) to examine the race and gender employment effects of stat-level affirmative action laws.

Professor Kurtulus has been awarded grants by the National Science Foundation, the Upjohn Institute for Employment Research, and the Beyster Foundation.  Her papers have been published in a variety of academic journals including the Industrial and Labor Relations Review, Annals of the Academy of Social and Political Science, and the Journal of Policy Analysis and Management, and she has a forthcoming book on the relationship between employee ownership and employment stability during the Great Recession.  Professor Kurtulus has served as a Wertheim Fellow at the Harvard Law School, a Visiting Scholar at the Economics Department of Boston University, and a Beyster Fellow at Rutgers University. 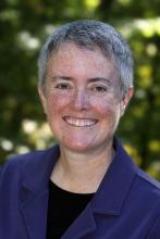 M. V. Lee Badgett is a Professor of Economics and Director of the Center for Public Policy and Administration at the University of Massachusetts, Amherst. She is also a distinguished scholar at the Williams Institute on Sexual Orientation Law and Public Policy at UCLA’s School of Law. Her most recent book, When Gay People Get Married: What Happens When Societies Legalize Same-Sex Marriage, addresses the core issues in marriage debates in European countries and the U.S. She drew on that work in her recent testimony in the Perry v. Schwarzenegger trial challenging California’s Proposition 8. She recently directed a successful four-year project funded by the Ford Foundation to encourage more and better data collection on sexual orientation. Other publications include Money, Myths, and Change: The Economic Lives of Lesbians and Gay Men and the co-edited Sexual Orientation Discrimination: An International Perspective.