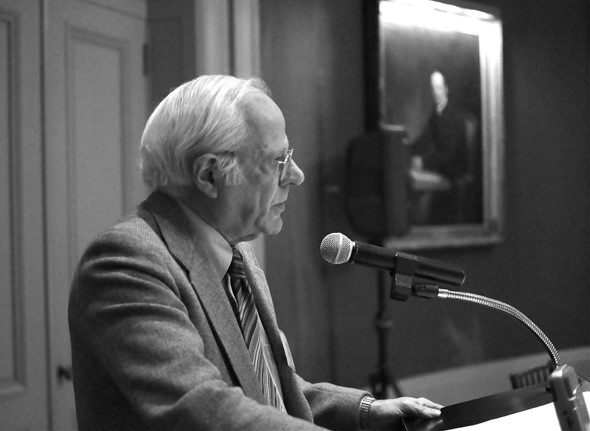 The Association for Economic and Social Analysis, in collaboration with Rethinking Marxism: A Journal of Economics, Culture, and Society, is proud to announce that submissions are now being accepted for the 2021 Stephen A. Resnick Graduate Student Essay Prize.

Stephen A. Resnick (1938-2013) earned his Ph.D. in economics from MIT, taught for eight years in the Economics Department at Yale University and two years at the City College of New York, before joining the Economics Department at the University of Massachusetts at Amherst in 1973. Resnick was an award-winning undergraduate and graduate teacher. He also pioneered, in collaboration with Richard D. Wolff, an antiessentialist approach to Marxian economic and social analysis. Of their many jointly authored works, the best known are Knowledge and Class: A Marxian Critique of Political Economy (1987), New Departures in Marxian Theory (2006), and (with Yahya Madra) Contending Economic Theories: Neoclassical, Keynesian, and Marxian (2012). Resnick was a founding member of the Association for Economic and Social Analysis and Rethinking Marxism.

Submissions are invited from graduate students in any academic discipline whose work offers a novel, compelling engagement of the modes of analysis and philosophical concerns found in Resnick’s work or in the pages of Rethinking Marxism. In particular, we seek essays that explore the complex intersection of class with economic, political, psychological, or other social processes or the intellectual, social, and political conditions that shape Marxian interventions and analyses.

The winner will receive a $2,000 award and publication of their essay in Rethinking Marxism.

The winners of the 2020 Stephen A. Resnick Graduate Student Essay Prize are DanishKhan, Department of Economics, University of Masachusets-Amherst (Ph.D.,2020) for his essay entitled “Political Economy of Uneven State Spatiality: Conflict, Class, and Institutions in the Postcolonial State of Pakistan” and Sayonee Majumdar, Department of Economics, University of Calcuta (Ph.D. expected 2021) for her essay entitled “A Class-Focused Theory of Minimum Support Price and Agricultural Distress in India.” Both essays are published in the January 2021 issue of the journal https://www.tandfonline.com/toc/rrmx20/33/1?nav=tocList


To be considered for the 2021 Resnick Prize, please submit a current CV and a 4000-8000 word essay (consistent with Rethinking Marxism guidelines) to resnickaward@rethinkingmarxism.org no later than June 1, 2021. The winner will announced by August 1, 2021.