The 2018 Philip Gamble Memorial Lecture features Dr. Christina Romer, Ph.D., the Class of 1957 Garff B. Wilson Professor of Economics at the University of California, Berkeley. From January 2009 until September 2010, Professor Romer served as Chair of President Obama’s Council of Economic Advisers. In that role, she helped formulate the response to the 2008 financial crisis and the subsequent recession, and contributed to the development and passage of the President’s health reform legislation. She is a specialist in economic history and macroeconomics, and is best known for her work on the causes of the Great Depression and on the conduct and effects of macroeconomic policy.

Her current research focuses on the impact of financial crises in advanced economies. Professor Romer graduated from the College of William and Mary and received her Ph.D. from the Massachusetts Institute of Technology. She is a fellow of the American Academy of Arts and Sciences, and the recipient of the National Science Foundation Presidential Young Investigator Award, fellowships from the Alfred P. Sloan Foundation and the Guggenheim Foundation, the Distinguished Teaching Award from the University of California, Berkeley, and the Council for Economic Education Visionary Award.

The lecture is free and open to the public

The Phillip Gamble Memorial Lecture is one of the preeminent annual lectures at the university.  Thanks to a generous endowment established by Israel Rogosa '42 and other family and friends in memory of Philip Gamble, the world-renowned University of Massachusetts Department of Economics has been home to the lecture since 1995. The Gamble Lecture is presented by prominent academics - often Nobel Laureates - and others, such as journalists who have contributed to, and advanced, important debates in the field of economics. 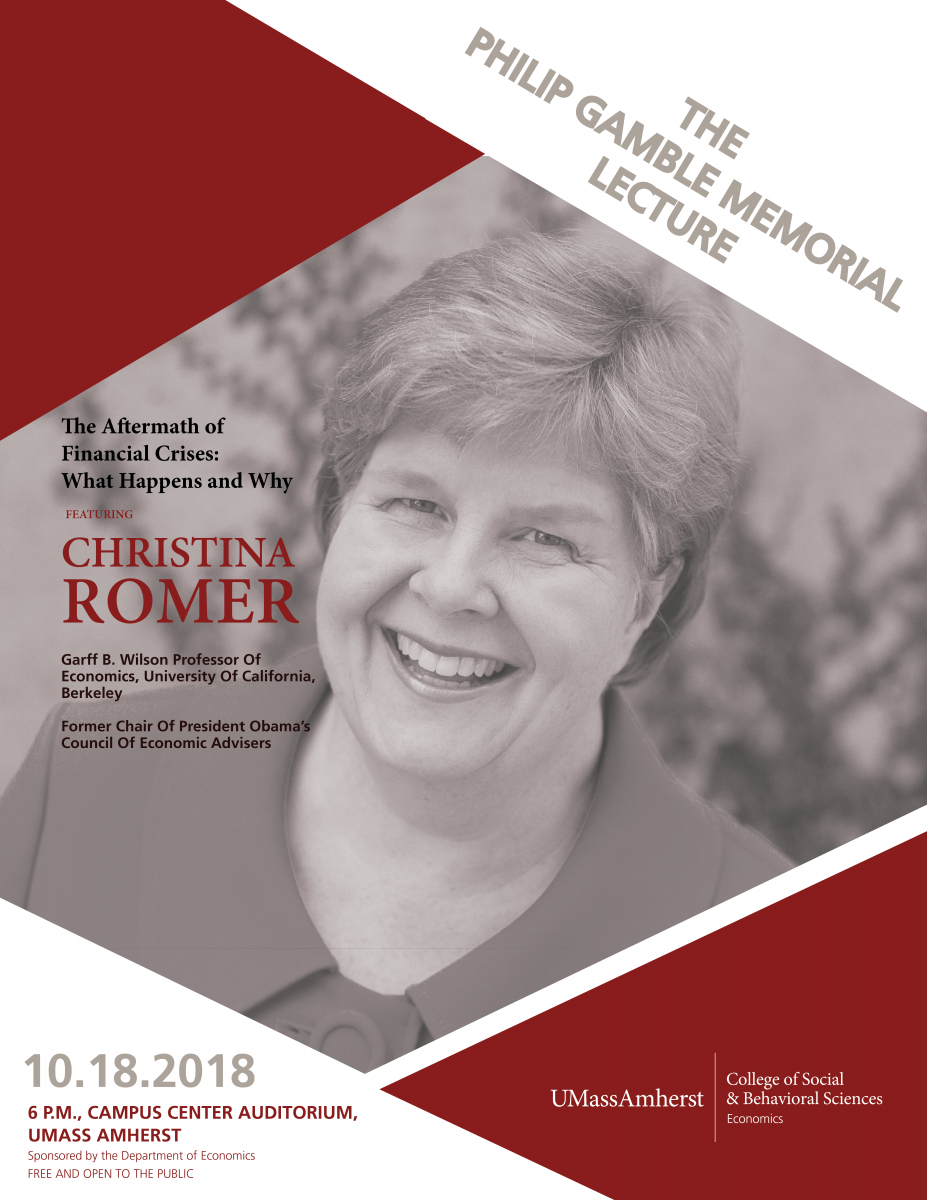