-- Via Times Higher Education (THE) 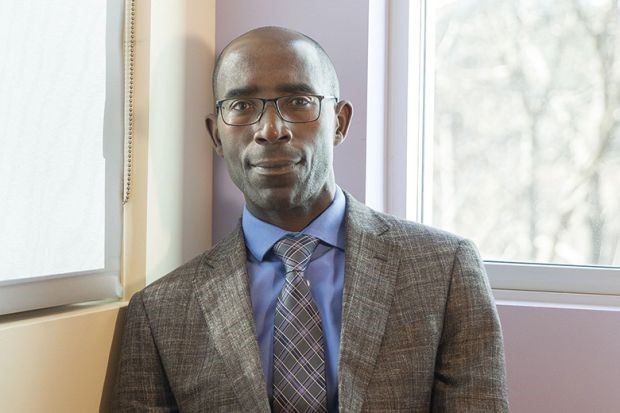 Where and when were you born?
Burundi, in 1959, in the south of the country, in an area now in the province of Makamba.

How did that help shape you?
I was born in a farming community, and raised in a typical farming family. I began to learn to farm as a toddler by following around my mother and big sister. Even before elementary school, I went into the valley to fetch water, took goats and sheep to the bush to graze, and took the cows to the mountains. When elementary school began, the chores continued daily, before and after classes. My parents really emphasised taking school seriously, and the importance of working hard. My dad would not take anything less than excellence. When the reports came home, many times I was first in the class, and he wouldn’t say anything. Any time I said I was second, he asked who was the first, and why it was not me.

How did you get involved in politics?
There had already been conflicts between the two main Burundian groups, the Hutu and Tutsi. In 1988, there was a protest where the local community demanded some changes, and the government sent in troops to quell the revolt, and they began killing people from my ethnic group, the Hutu. At that time I was teaching at the University of Burundi as a junior lecturer, and we wrote open letters to the president to try to stop these indiscriminate killings. We were arrested and spent five months in solitary confinement.

Do you regret doing that?
I never regretted having been part of that democratic exercise. What we were saying was correct and true, and nobody could say anything that could counter what we were arguing. It was an opportunity to work on behalf of many, many other people who were thinking the same thing.

What is your work looking at now?
My work as an economist is mostly about African development. Most of my time is spent analysing capital crimes, where resources are leaking out of the continent. A big chunk of this is stolen money that came from abroad and was supposed to be financing development in Africa. Instead it was taken by corrupt leaders and routed back to Western businesses. That is undermining African development.

What can you do about it from the US?
My role is to inform the public – academia and policymakers and the general public – and document it, giving them evidence by country and across the continent. This has already begun to inform policy: the United Nations has voted on a resolution to combat fraud, and its action was based on a report on capital crimes to which I contributed.

What big changes have you seen in global higher education over the past five to 10 years?
The one thing that has changed is more young people have access to higher education, and that is a good thing. But there are still important challenges, because even as more young people can enrol, the infrastructure has not expanded proportionately. So there is a crowding and a strain on infrastructure – students don’t have enough books, or enough space in classrooms, and the teachers are overloaded. The second concern is the need to find jobs for educated youngsters. This is a time bomb – the high unemployment of the youth is a big social and political problem.

So, more donations are needed from outside Africa?
Foreign aid can help, including investments in infrastructure and in higher education. But a key part of the solution is to expand job opportunities for young people, through practical training and investments in the private sector, providing capital for young entrepreneurs and emphasising entrepreneurship in education.

What should universities be doing to help?
First of all, revamp the curriculum. The curriculum is the same as when I went to school in the 1960s and 1970s. Students should be prepared to be effective in jobs, and to set up enterprises on their own in the private sector, because the government sector is quite saturated. They need entrepreneurial and practical skills.

Who is someone you’ve always admired?
That would be my late mom. I admire her a lot for her resilience, for her superior human qualities. She was someone who cared about everybody – not just her children, but everybody in the community. This is somebody who, when my dad died in 1972, took care of the family on her own. She raised us to be successful, and she managed the farm. She kept the family together. She died this past May – she is my angel, she is my guide, and she is my visionary leader.

Do you live by any motto or philosophy?
Yes. For me, the priority is my family. Everything I do, I put my family in the middle – that is my immediate family, my wife, my children, but also my extended family. Whatever I achieve, it is because of support from my family, even through modest means when I was growing up. Secondly, the achievement of my children is my pride. I put everything into their education and their progress, and their success is my priority.