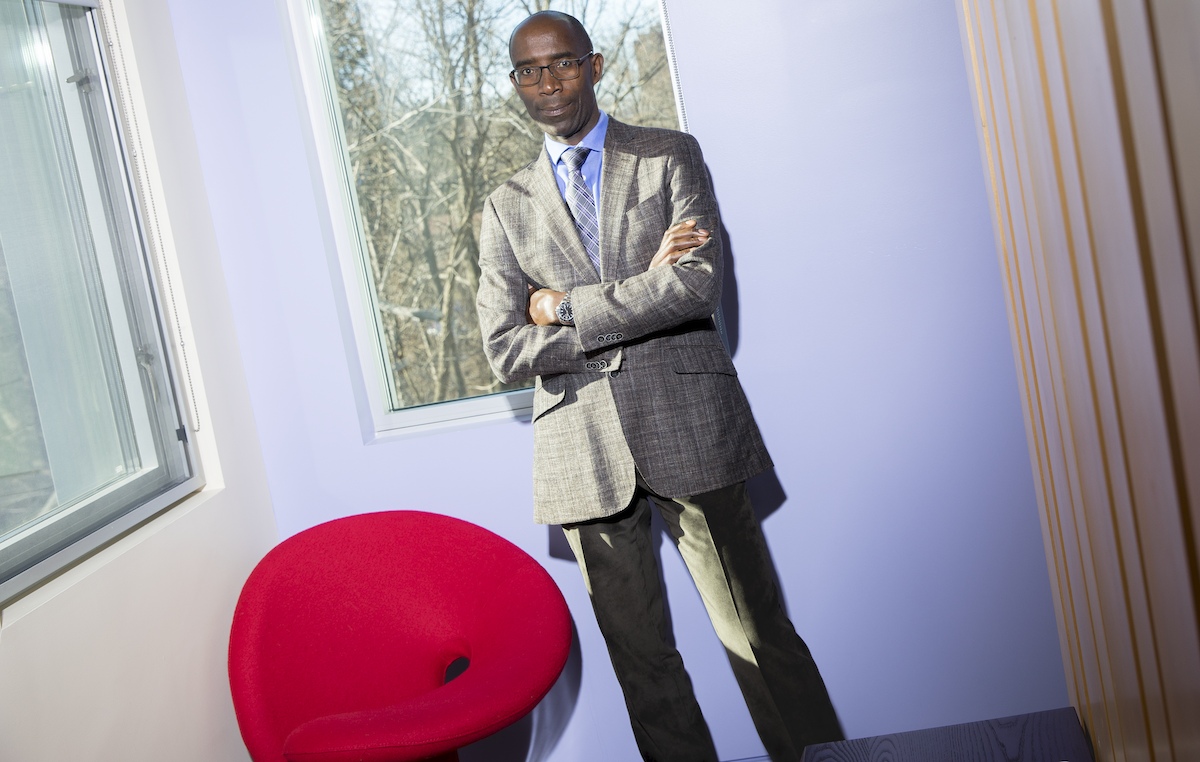 Léonce Ndikumana, economics; Barbara A. Osborne, veterinary and animal science; and Sankaran ‘Thai’ Thayumanavan, chemistry; were appointed Distinguished Professors following approval by the Board of Trustees at its Friday, Aug. 2 meeting.

The title Distinguished Professor is conferred on select, highly accomplished faculty who have already achieved the rank of professor and who meet a demanding set of qualifications.

Anne Massey, dean of the Isenberg School of Management, was appointed with tenure as the Thomas O’Brien Endowed Chair in operations and information management; and Janet S. Fink, business admisistration, was appointed the Berthiaume Endowed Professorship at the same meeting.

In their letter of nomination, Chancellor Kumble Subbaswamy and Provost John McCarthy wrote, “We are pleased to recommend Professor Léonce Ndikumana for the title of Distinguished Professor in the Department of Economics…He joined the UMass Amherst faculty in 1996 as an assistant professor and was promoted to associate professor in 2002. Beginning in 2006, he occupied a succession of leadership positions at the United Nations Economic Commission for Africa and the African Development Bank. He returned to Amherst in 2011 as professor of economics and director of the African Policy Program at the Political Economy Research Institute.

Léonce Ndikumana is, in the words of an external reviewer, ‘one of the foremost scholars on African development.’ He is particularly known for his work on capital flight from Africa, but he has made important contributions in many other areas as well. He has over 75 publications, he has received every award for scholarship that our campus offers, and he has been named honorary professor at two of South Africa’s best universities, Stellenbosch and Cape Town.

Professor Ndikumana has been honored as a teacher as well as a scholar, having received the College of Social and Behavioral Sciences Outstanding Teacher Award. His teaching evaluations are consistently excellent and he is a sought after and highly regarded advisor to graduate students.” Read more...