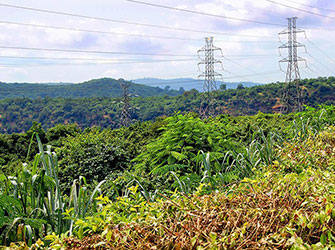 SUMMARY
Universal access to “affordable, reliable, sustainable and modern energy” is the target set by UN Sustainable Development Goal 7. Typically, planning models have emphasised the first of those concerns: affordability. “The classic way of modelling electrification is to minimise costs,” explained Professor Erin Baker (University of Massachusetts Amherst). But consultations with electricity users have revealed a range of competing priorities, highlighting the need to integrate social benefits and trade-offs into planning models. Read more from Professor Baker and Dr Samuel Atarah (University of Ghana) of the SEN-Africa research group on their findings from stakeholder consultations in northern and southern Ghana.


STORY
In Ghana in 2017, 65% of the rural population had access to electricity, compared with 90% of the urban population, according to World Bank figures. But demand continues to outstrip supply and outages persist. Scholars in the Sustainable Electricity Access Network for Africa (SEN-Africa), supported by WUN seed funding, are developing new models to reflect the social trade-offs in decision-making on electrification.

Interviews and a workshop in Accra, at the University of Ghana, did indeed show cost to be a significant concern for consumers. But when researchers took the consultations to Tamale, in the north, reliability emerged as a more important issue despite this region representing poorer communities. Their concern for reliability over cost reflected the system of cross-subsidisation: with electricity expensive in the north, low-income households tended to limit their electricity usage to what they could access at the subsidised rate. As Dr Samuel Atarah (University of Ghana) explained, this illustrates “an important trade-off between cost, reliability, and access in the Sub-Saharan Africa. In particular, subsidies make electricity more affordable to low-income residents, but lead to less money for reliability and expansion of the electricity system infrastructure.”

Electricity theft is common, with improvised connections creating threats. This is an area where more research is needed, Atarah indicated, “to understand the relationship between tariff structures, the physical infrastructure, and incentive and opportunity for theft, and how likely different combinations are to lead to life-threatening outcomes.”

Consultations also highlighted challenges for green energy. Interviewees were very positive when asked about renewables, Professor Baker said, but almost never raised them spontaneously. The lead-acid batteries that make it possible to use solar energy for lighting represent a significant up-front cost and only last two years or so. Atarah expanded: “There is a true concern on affording and sustaining such systems with inverters and batteries. I think that renewable energy has a great potential to be a bigger part of nations energy source in Sub-Saharan regions and more could be invested in the area.” He cited systems by which solar power is fed directly to the national grid—such as the Navrongo Solar Plant which the researchers also visited—as “one way to avoid batteries yet increase the proportion of green energy to national consumption.”

These findings have major implications for modelling practices, Baker indicated: “instead of minimising costs there are other objectives, such as utility, reliability, safety. We want to build models that incorporate these other metrics and acknowledge that different groups may have different priorities.” A methodology for maximising social benefits and distributional equality has already been published (Nock, Levin and Baker 2020) and the group is preparing a White Paper to map findings and share with policy-makers and industry.

“WUN has been fantastic in building this network,” Baker commented. SEN-Africa researchers plan to extend their research to other countries. “Doing this initial stakeholder work helps us understand what the questions are and seed funding has produced a whole series of different ideas for larger proposals, including expanded collaborations, various models, and empirical data to collect,” she said. As more comparative cases are added and models developed, their research will be able to inform decision-makers on the social trade-offs of different approaches to expanding electrification.

Professor Erin Baker is a Principal Investigators of the group on Sustainability and Electricity Access in Developing Countries. Its WUN partner institutions are University of Cape Town, University of Ghana, University of Massachusetts Amherst, and University of Nairobi. For more information see their WUN page.