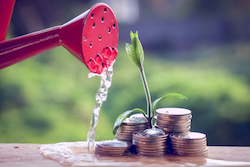 The Institute has an annual grant opportunity for faculty. To encourage multidisciplinary scholarship that will impact communities and offer mentored research experiences for students, we give up to $12,000 for scientific team research on diversity and equity.

Researchers in early education and computer science at UMass Amherst have teamed up to address the growing need for new learning technologies that address the needs of bilingual (spanish and english) students, with personalized hispanic digital avatars. Addressing the problem of one-size-fits-all approach to education, this research responds to the need to personalize tech for individual student needs: Using alternative languages and representations of content, deploying avatars that reflect their identities, and providing personal pathways through the curriculum.

At what points in the criminal prosecutorial system do race disparities emerge? Can administrative data from District Attorneys’ offices shed light on this question?

The Black Lives Matter protests in summer 2020 were a stark illustration of ongoing public concern about racism and other systemic inequalities in the criminal legal system. In response, many criminal legal agencies instituted new reforms to reduce bias and inequality in their operations and to increase their legitimacy in the eyes of constituents. Some district attorneys (DAs) have engaged in particularly strong, public efforts to tackle the disparities in prosecutions, offering various options for those convicted – for instance, diversion from incarceration, or from a criminal record altogether.

Do low-income communities in Massachusetts trust the safety and quality of their public drinking water? Where do people get information about their drinking water supply and how does it relate to trust?

A team of faculty and student researchers at UMass Amherst are conducting a community-engaged study bridging expertise in water utilities and public health to better understand and address water mistrust. The study is funded by the Institute of Diversity Sciences to advance STEM research for social justice and support mentored research experiences for students traditionally marginalized in STEM.

The main objective of this project is to test technological solutions for increasing public engagement and reducing social inequalities on a town scale. Community engagement is imperative for participatory democracy, yet difficult to achieve. Participating in town halls and public meetings can be difficult for all citizens – and poses particular challenges for diverse and marginalized populations.

The inequitable impact of natural disasters: Advising MA policymakers on mitigating the impact of flooding and post-flood hazards on populations most at risk

Natural disasters may hit rich and poor communities indiscriminately, but post-disaster impacts, such as flooding and related hazards, are far from equitably distributed. As a team of engineers and geoscientists at UMass Amherst are finding, low-income and ethnic and racial communities are disproportionately at risk for flooding events and least equipped to bounce back from them. According to this team, a flood’s consequences on a community depend not only on its geography but on socioeconomic status and other features of its community demographics.

What are the racial and ethnic disparities in palliative care for nursing home residents with Alzheimer’s disease or related dementia?

According to the 2019 Report Card on Access to Palliative Care, about 50% of whites with Alzheimer’s disease or related dementia (ADRD) used palliative care before they died, while only 34% of African Americans and 37% of Hispanics did. Yet, few scientific studies have detailed or explored why such racial and ethnic disparities in palliative care among people with ADRD exist. This multidisciplinary research team will deploy expertise in nursing and health services to quantify racial and ethnic disparities among a broad set of nursing home residents with ADRD who are receiving palliative care, as opposed to non-palliative care. 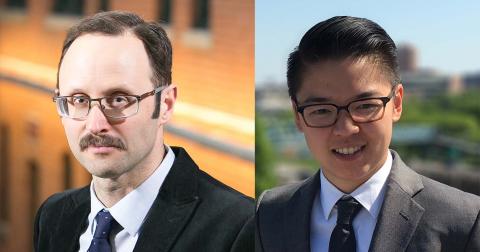 How do community members’ opinions about fairness, access, and the pricing of electricity impact their electricity consumption choices?

Visualizing Hope: Investigating the effect of public art on perceptions of climate adaptation

Our project examines the diversity of powerful organizations, including large global corporations, think tanks and a variety of international organizations. We utilize new data collection and network analysis to answer two key questions about organizational leadership. First, how diverse are these leaders in terms of gender, race, color and educational background? Second, has this diversity changed over time, and if so how?  Existing studies on diversity within large organizations are simple counting exercises, and usually just of boards and CEOs of corporations.

Improving Diagnosis and Treatment of Substance Use Disorders in Emergency Contexts

A substantial proportion of emergency department (ED) visits are due to substance misuse. Although providing these patients with a brief screening and treatment referral is efficacious, less than half of ED staff provide such referrals. ED patients with substance misuse constitute a population at the intersection of multiple social and economic sources of health care disparities. The ED is mandated to treat all presenting patients; consequently, the ED disproportionately serves as the first, and often only, treatment for low income, underinsured patients, and substance misuse is more often associated with ED visits among underinsured patients.

Everyday we calculate odds to make decisions on everything from our health to our finances. Making these decisions efficiently is key to improving our lives and bettering society. If calculating statistics is difficult for most people, students with learning disabilities face unique challenges. Developing more inclusive educational practices for mathematical concepts is thus critical to our societal needs and to developing accessible STEM education. So, what if we could teach statistics visually first, then connect this understanding with equations? Would this improve learning for students of diverse ability? 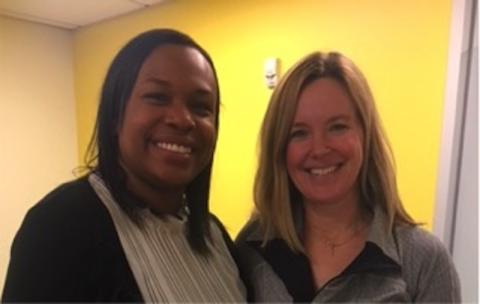 Do Teacher Perceptions of Absenteeism Vary By Student Race?

We will explore whether teachers exhibit bias (either negative or positive) with regard to race, gender, or socioeconomic status in their perceptions of student absenteeism and tardiness (a proxy for effort). Subjective perceptions that teachers form about student behaviors ,such as effort, perseverance, participation, and disruptiveness, often inform academic placement decisions that can alter a student’s entire academic trajectory. This can be especially detrimental if decisions that are based on behavioral perceptions induce a mismatch between the student’s actual ability and the student’s academic placement – i.e. 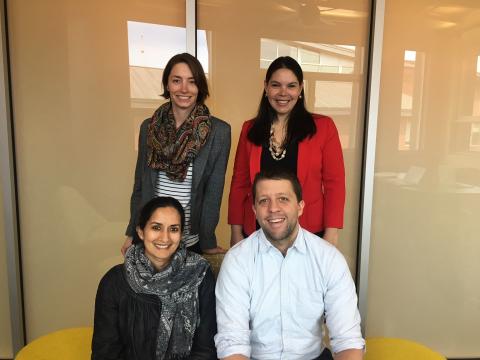 The Cost of Discriminating

Driving Behavior among Young Adults with and without ADHD

Young drivers with attention deficit hyperactivity disorder (ADHD), which is characterized by difficulties with attention, impulsivity, and risk-taking behavior, are known to be at an increased risk for traffic crashes. Assistive driving technology may be especially helpful, or harmful, in supporting driving performance among these individuals. The objective of the proposed study is to assess the correspondence between distinct attention profiles among vulnerable young drivers and the usefulness of specific types of assistive driving technology. 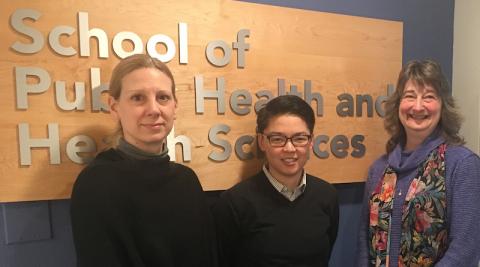 It is well known that there are systematic differences between African American English (AAE)—a linguistic variety with set sentence structure, sound patterns, meaning, and word structure used by some, not all African Americans—and “mainstream/classroom/standard” American English. For example, speakers of AAE know that they can say she been married to mean that ‘She has been married’, but that if they put an accent on been, i.e., she BEEN married, that means that ‘She has been married for a long time and is still married’. But what does an AAE speaker do with their voice to produce an accented BEEN, and how does a listener perceive it?