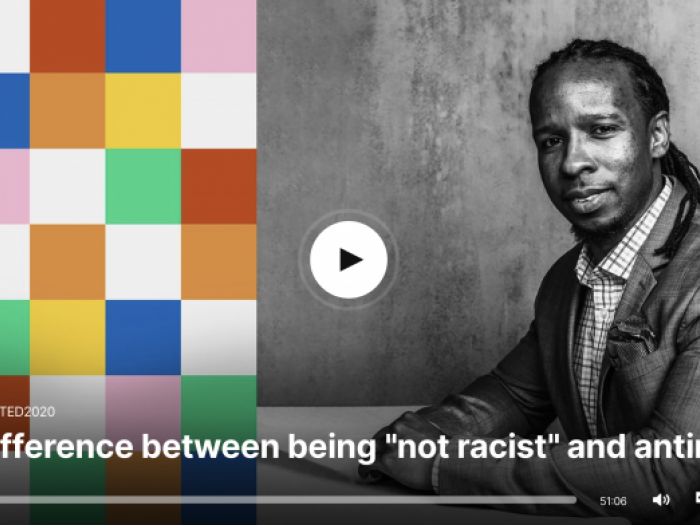 The Difference Between Being "Not Racist" and Antiracist

There is no such thing as being "not racist," says author and historian Ibram X. Kendi. In this vital conversation, he defines the transformative concept of antiracism to help us more clearly recognize, take responsibility for and reject prejudices in our public policies, workplaces and personal beliefs. Learn how you can actively use this awareness to uproot injustice and inequality in the world -- and replace it with love.

"How to be an Antiracist" Learning Community Book Group

Ibram X. Kendi's concept of antiracism reenergizes and reshapes the conversation about racial justice in America--but even more fundamentally, points us toward liberating new ways of thinking about ourselves and each other. Instead of working with the policies and system we have in place, Kendi asks us to think about what an antiracist society might look like, and how we can play an active role in building it.

In his memoir, Kendi weaves together an electrifying combination of ethics, history, law, and science--including the story of his own awakening to antiracism--bringing it all together in a cogent, accessible form. He begins by helping us rethink our most deeply held, if implicit, beliefs and our most intimate personal relationships (including beliefs about race and IQ and interracial social relations) and reexamines the policies and larger social arrangements we support. How to Be an Antiracist promises to become an essential book for anyone who wants to go beyond an awareness of racism to the next step of contributing to the formation of a truly just and equitable society.

We will update you when fall 2020 groups launch. Let us know you are interested.

Highlights from the book:

“The good news is that racist and antiracist are not fixed identities. We can be a racist one minute and an antiracist the next. What we say about race, what we do about race, in each moment, determines what -- not who -- we are.”

“Like fighting an addiction, being an antiracist requires persistent self-awareness, constant self-criticism, and regular self-examination.”