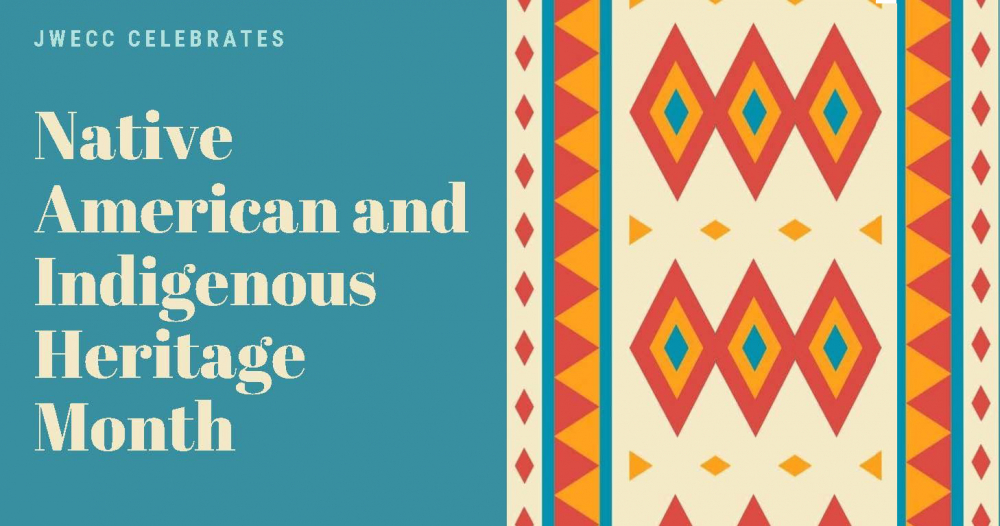 Via https://nativeamericanheritagemonth.gov, "What started at the turn of the century as an effort to gain a day of recognition for the significant contributions the first Americans made to the establishment and growth of the U.S., has resulted in a whole month being designated for that purpose.

One of the very proponents of an American Indian Day was Dr. Arthur C. Parker, a Seneca Indian, who was the director of the Museum of Arts and Science in Rochester, N.Y. He persuaded the Boy Scouts of America to set aside a day for the “First Americans” and for three years they adopted such a day. In 1915, the annual Congress of the American Indian Association meeting in Lawrence, Kans., formally approved a plan concerning American Indian Day. It directed its president, Rev. Sherman Coolidge, an Arapahoe, to call upon the country to observe such a day. Coolidge issued a proclamation on Sept. 28, 1915, which declared the second Saturday of each May as an American Indian Day and contained the first formal appeal for recognition of Indians as citizens.

The year before this proclamation was issued, Red Fox James, a Blackfoot Indian, rode horseback from state to state seeking approval for a day to honor Indians. On December 14, 1915, he presented the endorsements of 24 state governments at the White House. There is no record, however, of such a national day being proclaimed.

The first American Indian Day in a state was declared on the second Saturday in May 1916 by the governor of New York. Several states celebrate the fourth Friday in September. In Illinois, for example, legislators enacted such a day in 1919. Presently, several states have designated Columbus Day as Native American Day, but it continues to be a day we observe without any recognition as a national legal holiday.

The UMass Josephine White Cultural Center invites those of Native/Indigenous heritage to share your culture, traditions, music, crafts, dance, and ways and concepts of life. Please send your photos and videos by emailing jwecc-sa@umass.edu, tagging/messaging JWECC on Instagram at umass_jwecc, or messaging them on Facebook.

Identify as Native/Indigenous and want to get to know others in the community? Stop by for an hour of sharing stories, learning about one another's culture, and exploring your identity/identities. Remember we are "Still Here and Still Strong"

Interested in learning how to bead? Limited kits will be available from Residential Life on a first come first served basis. “Pickup locations will include Crabtree and CHC/Roots service desks during normal business hours on Thursday, November 5, and Friday before the event.

Join us on Netflix party to watch "Indian Horse" and stop by afterwards on Zoom to share your thoughts. A full discussion about the film will follow next week.

Please join us for our discussion on "Indian Horse" A powerful film about survival, Residential Schools and its harmful effects on the Native community, and battling stereotypes, as well as racism.

A conversation with Rhonda Anderson and Joseph P Gone about the various effects of using Native/Indigenous culture as Mascots.

Rhonda Anderson is Iñupiaq - Athabascan from Alaska. Her Native enrollment village is Kaktovik. Her life work most importantly is as a Mother, as well as a classically trained Herbalist, Silversmith, and activist. She works as an educator within area schools and the 5 colleges near her home in Massachusetts.

22 Indigenous-Led Organizations Working Toward Social Justice
In honor of Native American Heritage Month, FoodCorps is highlighting 22 Indigenous-led community organizations and programs that they partner with. These organizations support justice and equity through engaging with young people, promoting the health and wellbeing of local communities and the environment, and countless other ways.

The Power of Native Voice: A Series of Virtual Program
Hosted by the National Museum of the American Indian

This Teacher's Guide from the National Endowment for the Humanities will introduce you to the cultures and explore the histories of some groups within the over 5 million people who identify as American Indian in the United States, with resources designed for integration across humanities curricula and classrooms throughout the school year.