Video Summary
Esther Terry talks about her role in planning and participating in the 1960 lunch counter sit-in protests while a student at Bennett College in Greensboro, North Carolina. This interview was conducted by the Smithsonian National Museum of African American History and Culture, the American Folklife Center at the Library of Congress, and the Southern Oral History Program at the University of North Carolina Chapel Hill.

Video Summary
Dr. Marcellette Williams talks about her time as the first woman to serve as chancellor of UMass from 2001–2002 in this interview with Dr. Esther Terry. Williams served the campus for seven and a half years as deputy chancellor before taking on the chancellorship. During her tenure, a major technology campus initiative created network connections in all campus buildings; established new public access PC areas; purchased additional computer proje ction equipment; expanded central network servers; and is in the latter stages of implementing an integrated Student Information System. 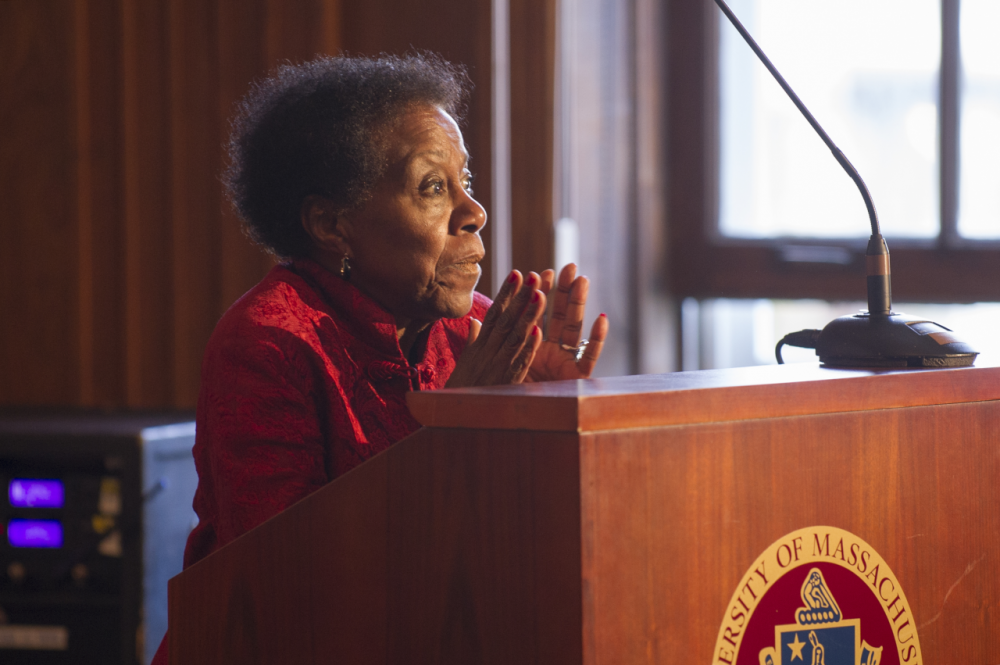 Esther first arrived at UMass in 1965 and, except for a brief stint at St. Augustine’s College in Raleigh, North Carolina, has worked to develop the UMass campus into the premier research university it is today. A founding faculty member of the Du Bois Department, Esther was tapped to serve as its sixth Chair in 1988, a position she held until 2007.

Under her leadership, the department inaugurated a Ph.D. program in 1996, the second doctoral program in Afro-American Studies to be established in the country. Esther’s administrative responsibilities have included Associate Provost for Faculty Relations from 1978 to 1983. She has also been Associate Director and Co-Director of the Institute for Advanced Study in the Humanities. In 2005, she was appointed Associate Chancellor, with responsibility for oversight of the Chancellor’s Action Plan which sought to make the UMass Amherst campus more inclusive. In 2009 she served as Interim Vice Chancellor for Student Affairs and in 2010 she became the Provost of her alma mater, Bennett College.

As an undergraduate in Bennet College in the 1950s, Terry was deeply involved with the Civil Rights movement, and participated in the Greensboro Woolworth lunch counter sit-in. The famous sit-in was in response to four African American college students being denied service after sitting at a "whites only" counter. This sit-in drew national attention and helped ignite a youth-led movement to challenge inequality throughout the South. The sit-in lasted for six months and drew hundreds of community members participated. The protest ultimately led to the desegregation of the lunch counter on July 25, 1960.