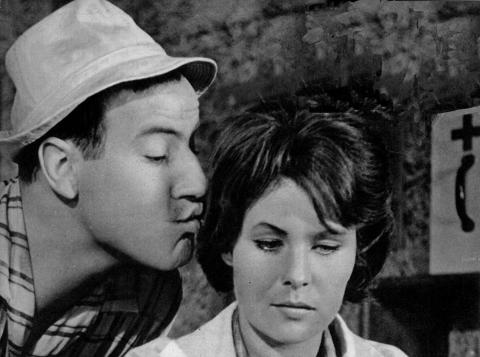 Issues in Film Methodology and Historiography

The year 2009 marked the twentieth anniversary of the end of the Cold War.  As the ideological divisions and artistic legacies of the Cold War come into clearer view, previously neglected aspects of East German cinema become available to critical reassessment as well – and, with them, the concepts and methodologies that have guided much of the scholarship on postwar German film. This week-long seminar focused on the continued provocation of East German cinema to confront a number of historiographical and methodological issues in the study of postwar German cinema, including questions of periodization, institutional continuities, conceptions of cinema as a public sphere, and film’s contribution to the audio-visual legacy of the twentieth century.

* the historical continuities between UFA and DEFA (e.g., Überläuferfilme)

* DEFA as a production model and cultural institution (e.g., KASGs)

* the function of multimediality and intermediality (e.g., television, radio)

* the relationship between film aesthetics and technology (e.g., ORWO film)

"What a fantastic and encouraging experience!  It was a Starstunde for academia and DEFA scholarship. This is what it should be like: people of joint interest sitting around a table and discussing without hostility. I was very impressed and found the seminar extraordinarily stimulating."

"I must admit I haven’t learned so much in such a short time for quite a while. So: thank you for making this possible, I’m sure this was just the beginning of a long lasting team working effort."

"Once again I thank you [Barton Byg] and Sky [Arndt-Briggs] for the fantastic seminar, for your hospitality and for the warm and friendly atmosphere.  I have the feeling that I made some new and good friends. And I really learned a lot!"

“The Summer Film Institute is excellent: great films, inspiring discussions, and lots of ideas for projects I am going to take home.”