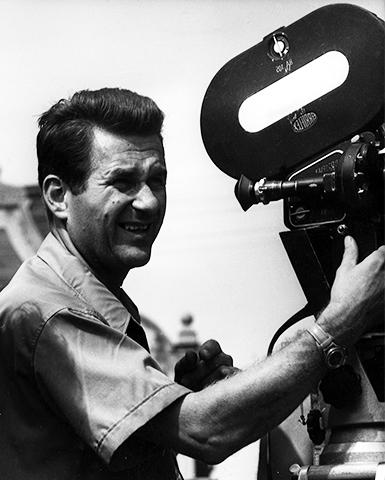 Erich Gusko was born in Dresden on February 19, 1930, where he also went to school. In the last days of WWII, he was drafted at fifteen into the Volkssturm, Hitler’s last-ditch attempt to defend Germany. In 1946, Gusko applied to apprentice as an assistant cameraman at an advertising film company and, a few weeks later, he got a job at the newly-founded DEFA Studios. First, he worked at the Studio for Popular Science Films; then, in 1955, he moved to the DEFA Studio for Feature Film. Gusko debuted as the director of photography for Richard Groschopp’s film about land reform, 52 Wochen sind ein Jahr. From 1955 to 1957, he was involved in over twenty short film productions for the satirical Stacheltierseries.

In the ensuing years, Gusko mainly worked on feature films with a range of directors, including Gottfried Kolditz (Revue um Mitternacht). One of his most outstanding productions is the film opera Der fliegende Holländer(dir. Joachim Herz); cinematographically very demanding, for this film he experimented with aspect ratios, visual effects and the use of the relief effect technique for the first time. In 1965, Das Kaninchen bin ich, which Gusko shot for Kurtz Maetzig, was banned by officials as an anti-socialist attack on the state; its release in 1990 ,after the Wall came down, earned the film critical praise as one of the most important works ever made in the GDR.

During the 1970s, Gusko shot a series of acclaimed films, starting with Siegfried Kühn’s Zeit der Störche.An extended collaboration with Egon Günther, starting in 1970, resulted in four exceptional productions: Der Dritte, a film about a woman looking for a husband, which won many international prizes; the love story Die Schlüssel; an adaptation of Thomas Mann’s Lotte in Weimar,shown in competition at the 1975 Cannes Film Festival; and an adaptation of Goethe’s classic, Die Leiden des jungen Werthers.

The films Gusko photographed in the 1980s received less attention. After the fall of the Wall, he shot a final film, Stein, director Egon Günther’s personal attempt to come to terms with Germany’s past.

Erich Gusko dies on October 10, 2020. His archive is housed at the Akademie der Künste in Berlin.