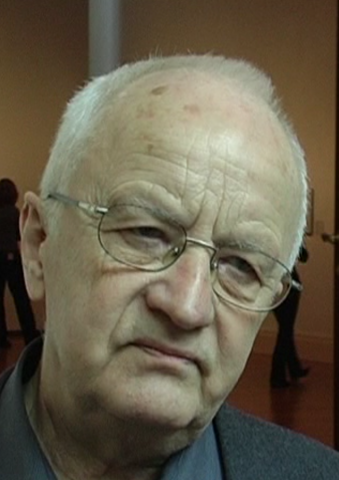 Christian Lehmann was born in Halbau, Germany (today Iłowa, Poland) in 1934. From 1953 to 1955, he studied photography at the Hochschule für Grafik und Buchkunst in Leipzig. He then went to the Deutsche Filmakademie (now Filmuniversität Babelsberg Konrad Wolf), where he studied cinematography with Werner Bergmann, among others, from 1955 to 1959.

After graduating, Lehmann was hired by the DEFA Studio for Documentary Film, where he was first an assistant cameraman to Wolfgang Randel, who mainly worked with director Joop Huisken. Lehmann debuted as director of photography in Schweißerbrigade in 1961, also under the direction of Huisken.

In 1962, Lehmann started his professional collaboration with documentary filmmaker Jürgen Böttcher. They had met and worked together while they were students at the Deutsche Filmakademie. After the short documentary Im Pergamon-Museum, they worked together on Drei von vielen, an affectionate portrait of three workers who take art classes with Böttcher. Officials criticized this film as “formalistic, nihilistic and decadent,” and it was banned until 1988. The Lehmann/Böttcher collaboration continued until the early 1970s, however, and resulted in important documentaries, including Ofenbauer (Silver Dove at the 1962 Leipzig Documentary Film Festival), Barfuß und ohne Hut and Stars.

As of 1968, Lehmann also started shooting the documentaries of Karlheinz Mund. The beginning of their collaboration was overshadowed by the ban of their film Eine Sommerreise, a short film about WWII German crimes in Ukraine. But they focused, in particular, on many films about art and artists. Their last film was the 2003 full-length production Núria Quevedo – Berlinerin aus Barcelona, about the Spanish painter and graphic artist who moved to East Germany as a child and later married Mund.

For over three decades, Lehmann also created notable films with director Volker Koepp. Early documentary shorts included Gustav J., an extraordinary portrait of an 80-year-old man, and Grüsse aus Samartien für den Dichter Johannes Bobrowski. In 1976, Lehmann then joined the director’s long-term Wittstock project, a masterly film chronicle about female textile workers in a small town north of Berlin. They have returned to Wittstock five more times since; the last installment of the project, started in 1974, was shot in 1997. Another of their last collaborations was the 2009 film Berlin-Stettin (co-cinematographer with Thomas Plenert), which revisited places in the director’s past.

Lehmann has worked with many directors during his career, including Lew Hohmann, Jochen Krausser, Ernst Cantzler, Eduard Schreiber and Hannes Schönemann. In the late 1980s, he photographed his first film for director Peter Voigt: Knabenjahre, an exploration of boy’s education in the Third Reich. After the Wall came down in 1989, this team worked on eight more films, including Dämmerung – Ostberliner Bohème der 50er Jahre, Ich bin Ernst Busch and Frühlingserwachen.

With almost 200 films to his name, Christian Lehmann is one of Germany’s most important documentary cinematographers. In 2015, he was honored with the DEFA Foundation’s Lifetime Achievement Award.