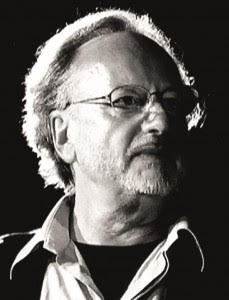 Peter Gotthardt was born in Leipzig on August 22, 1941. From 1961 to 1966 he studied piano, conducting and composition at the Hochschule für Musik “Hanns Eisler” (Hanns Eisler Music Academy). From 1975 to 1976, he was director of incidental music at the Volkstheater Rostock, and since 1976 he has worked as a freelance composer. In 1991, Gotthardt founded the music publishing house, Verlagshaus Gotthardt. And one year later, he launched the Tonfilm Orchester Berlin (Berlin Sound Film Orchestra).

Gotthardt collaborated with notable East German singers, actors and directors, including Ernst Busch, Heiner Carow, Herrmann Zschoche, Rolf Losansky and Ralf Kirsten. At the beginning of the 1960s, he wrote his first film scores for the documentary filmmaker Winfried Junge (Filmsommerliches, Studentinnen), and he would continue throughout his career to write scores for film and television. From the 1970s to the 1980s, he also wrote the scores for popular TV series, such as the East German crime series Polizeiruf 110.

In 1968, Gotthardt began a productive and ongoing collaboration with the director Heiner Carow on his film, Die Russen kommen. He went on to work with Carow on important DEFA films, such as Die Legende von Paul und Paula, for which he wrote the title songs “Geh zu ihr” and “Wenn ein Mensch lebt,” which became hits in the GDR. The songs were performed by the rock band Puhdys, and they paved the way to the band’s stellar success. Carow and Gotthardt also collaborated on the youth film Ikarus, as well as on Bis daß der Tod euch scheidet, a film about marriage, parenting, work and gender identity in East Germany.

Peter Gotthardt is credited with composing and producing the music for over 500 films. His work ranges from film and television, to ballet music, to oratorios to chamber, opera and rock music. In 1990, he was awarded the Ernst-Reuter Prize for his original audiobook composition, “Ich schlage vor, den Beifall kurz zu halten” (“I Suggest Keeping with a Short Applause”).

In 2015, Gotthardt celebrated his 50th anniversary in the film industry with the release of a 6-CD set, Das filmmusikalische Testament (A Testament of Film Music), which includes compositions from his oeuvre. He is currently working on a book about the writing of the film score for Die Legende von Paul und Paula, and he is organizing a multimedia event about film scores.