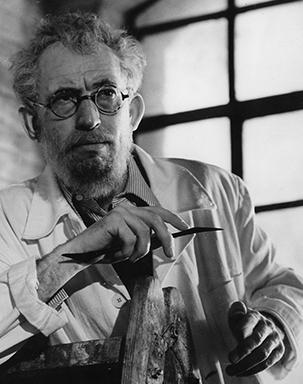 Fred Düren was born in Berlin on December 2, 1928. After WWII, he studied at the acting school of the Deutsches Theater from 1945 to 1947. While still a student, he performed at the Brandenburg Landestheater. In 1958, Düren joined the Deutsches Theater, after performing with the Berliner Ensemble. Düren was known for his exceptional interpretation of both classical and modern roles. In the following three decades, he worked with many distinguished theater directors, including Benno Besson, Wolfgang Langhoff, Heiner Müller and Adolf Dresen, who cast Düren in the leading role of his legendary Faust production in 1968.

Düren started working in film in the mid-1950s, and performed in a number of supporting roles. In 1962, he played the lead role in Günter Stahnke’s short television film, Monolog für einen Taxifahrer, which was banned for its formalistic and experimental style. It was not shown until after the fall of the Berlin Wall, at the Berlin Academy of Arts on January 26, 1990.

Düren’s first notable film roles were in Heiner Carow’s antifascist youth film Sie nannten ihn Amigo and Joachim Herz’s film opera adaptation, Der fliegende Holländer. One of his most important roles was as the artist Ernst Barlach, in Ralf Kirsten’s Der verlorene Engel. East German officials banned this film in 1966; but after it was released in 1971, international critics praised the film as “masterful” and “remarkable.” Düren collaborated with Kirsten on two further films: Netzwerk and Käthe Kollwitz – Bilder eines Lebens. Fred Düren’s name appeared in the credits of many other important East German films made for both cinema and television, including: Konrad Wolf’s classic about the famous Spanish painter Goya; Frank Beyer’s post-WWII story, Der Aufenthalt; and Bernhard Wicki’s East/West co-production Die Grünstein-Variante, about three men who are being held for investigation in 1939 and talk about their lives during a long chess match.

After converting to Judaism in 1988, Fred Düren left the GDR for Israel, where he became a rabbi. He reflected on his work—as both an actor and a rabbi—in his 2007 autobiography, Ich muss ja den Weg gehen, den ich gehen kann. Schauspieler in Berlin – Jahre in Jerusalem (I Must Follow the Path I Can: An Actor in Berlin – Years in Jerusalem). Fred Düren died in Jerusalem, Israel, on March 2, 2015.