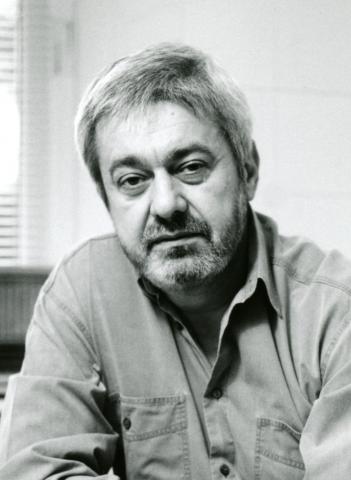 Jurek Becker one of the most important (East) German authors of the 20th century, was born in Poland in 1937. As a child he lived in the Jewish ghetto of Lodz, Poland, and survived the Ravensbrück and Sachsenhausen concentration camps.

Many of Becker's novels, short stories and scripts for television and cinema productions focus on explorations of Jewish identity. His novel Jacob the Liar—published in 1969 and translated into twenty languages—established his reputation worldwide. Directed by Frank Beyer, the film adaptation became the only East German film ever nominated for an Oscar for Best Foreign Film.

Becker's political protest following the exile of Wolf Biermann led to problems with publishing in the GDR, and he moved to West Berlin in 1977.

His 1986 novel, Bronstein's Children, was adapted for the screen by Jerzy Kawalerowicz in 1990. Two of his stories have been made into films as well: "The Wall" became Wenn alle Deutsche schlafen, directed by Frank Beyer; and "Romeo" became Andreas Dresen's student film So schnell es geht nach Istanbul. Becker received particular acclaim for Liebling Kreuzberg, a television series for which he wrote the first three and the fifth season and which starred Manfred Krug.

Since the author's death in 1997, his wife Christine Becker has edited and published a collection of her husband's letters ('Ihr Unvergleichlichen!' Frankfurt: Suhrkamp. 2004), followed by a collection of his essays, lectures and interviews, now available in English.

By Jurek Becker, available in English: