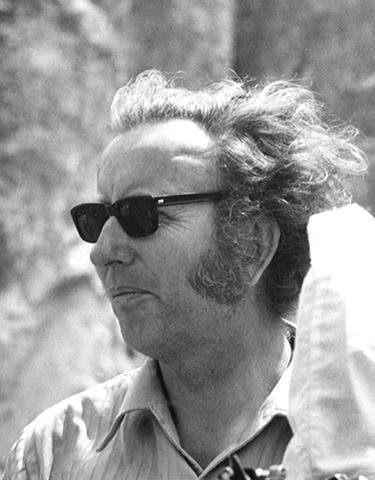 Director and scriptwriter Gottfried Kolditz was born in Altenbach, Germany, on December 14, 1922. He went to school in Leipzig and was drafted into the army in 1941. From 1945 to 1949, he studied German literature at the Universität Leipzig and directing and acting at the Leipzig Hochschule für Musik und Theater. While still a student, Kolditz worked as an actor, director and assistant at various theaters in Leipzig, Dresden, Chemnitz and Rostock.

In 1955, Kolditz joined the DEFA Studio for Feature Film in Potsdam-Babelsberg. He became a musical adviser, working on productions including Zar und Zimmermann (1956, Czar and Carpenter) and Mazurka der Liebe (1957, Love’s Mazurka). The first films he directed on his own were satirical shorts for the Stacheltier series, which were screened at cinemas before full-length feature films. In 1958,  Kolditz debuted with his first full-length feature film, Der junge Engländer, a musical pantomime based on Wilhelm Hauff’s fairy tale; this satirical comedy was also in the Stacheltier series.

With almost 20 full-length feature films to his credit, Kolditz was one of the most productive East German filmmakers of the 1960s and 1970s. Many of his films were box-office hits and he was the master of East German genre cinema. He became known for his thiller melodrama Weisses Blut, his adaptation of the classic fairy tales Frau Holle and Schneewittchen, and his science-fiction films—Im Staub der Sterne and the international co-production Signale - Ein Weltraumabenteuer. The latter has been described as the East German answer to Kubrick’s 2001: A Space Odyssey (1965/68). Kolditz also directed successful music films, including Revue um Mitternacht, Geliebte weisse Maus and Die schöne Lurette, he also directed three of the popular East German Westerns, starring Gojko Mitić.

Kolditz passed away on June 15, 1982 while location scouting in Yugoslavia for his fourth Western, Der Scout, and a planned two-part pirate film coproduction with West Germany, Zimtpiraten (Cinnamon Pirates), set in the 17th century.