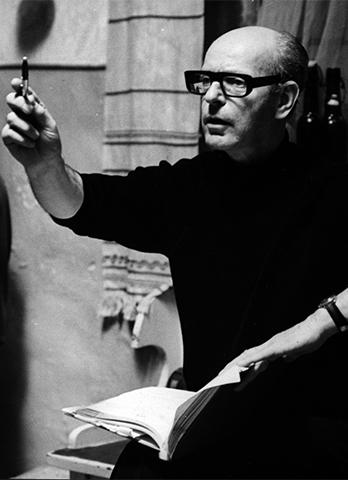 Kurt Maetzig was born in Berlin-Charlottenburg in 1911. His father owned a film duplication facility, and his mother came from a wealthy family of tea merchants from Hamburg and Denmark. During the First World War, Maetzig lived in Hamburg-Harvestehude with his grandmother. After completing secondary school, he studied chemistry, business administration and political economics in Munich, and he also studied for a year at the Sorbonne in Paris. He completed his studies in Munich in 1935 with a degree in business and then worked for his father.

Meanwhile, in 1932, Maetzig also began a series of internships with filmmakers. In 1934, he was denied work by the Nazi Reichsfilmkammer (Reich Film Chamber) because his mother was Jewish. He nevertheless worked as a film technology and photochemistry specialist for a number of Berlin firms and eventually ran his own laboratory in Werder, near Berlin.

In 1944, Maetzig joined the underground German Communist Party in Berlin. He made some of the first films in Germany after WWII ended and was one of the members of the Filmaktiv involved in the founding of the DEFA Film Studio. He worked as a director and author, and also became DEFA’s artistic director in 1946.

Maetzig was a member of the Academy of Arts of the GDR and became the first president of the newly founded Film Academy in Potsdam-Babelsberg, where he was professor of film directing. In 1974, he became vice president of the International Federation of Film Societies (FIAF), to which he was elected lifetime honorary president in 1979.

Maetzig directed more than 20 feature films before retiring in 1975. His first feature film Ehe im Schatten, the first film that was shown in all four occupied zones of Germany, reached over 10 million people and gained worldwide acclaim.

Some of Maetzig’s work has been described as East German propaganda, especially the two-part feature film about the life of German Communist leader Ernst Thälmann. But his film Das Kaninchen bin ich, along with nearly all films in production in 1965/66, was banned by East German authorities and started a debate among artists and officials. This film earned critical praise after 1989 as one of the most important and courageous works ever filmed by DEFA. Kurt Maetzig died on August 8, 2012.