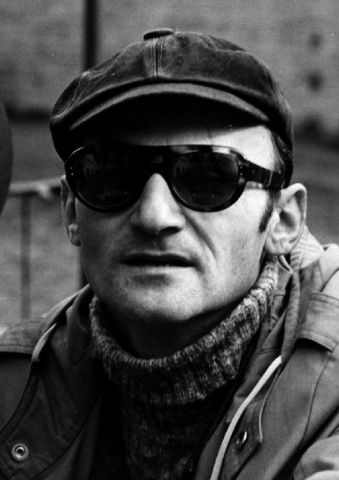 Jürgen Brauer was born in Leipzig, Germany, on November 6, 1938. After graduating from high school, he studied physics at the Technische Hochschule in Dresden. He attended lectures on scientific photography and, from 1958 to 1962, he studied cinematography at the Deutsche Hochschule für Filmkunst in Potsdam-Babelsberg.

Brauer joined the DEFA Studio for Feature Film in 1962. He debuted as a cameraman for short films for the satirical Stacheltier series and the Das Film-Magazin series. Director Horst Seemann was one of his main collaborators at this point in Brauer’s career.

In 1965, Bauer filmed his first full-length feature film, Die Reise nach Sundevit. This children’s film was also the beginning of a long-standing collaboration with Heiner Carow, one of East Germany’s most distinctive directors. Together they produced many memorable films, including the 1965 short television feature film, Jeder hat seine Geschichte, about a young man who must learn that happiness does not last forever, for which Brauer photographed arresting images of daily life in East Berlin. The Carow/Brauer team also worked on several key productions in East German film history: the WWII story Die Russen kommen, which was banned in 1968 and not released until 1987; the love story and box-office hit Die Legende von Paul und Paula; and the critical reflection on marriage, family, gender and work Bis dass der Tod euch scheidet. They also produced Ikarus, the story of a little boy who has to cope with the divorce of his parents. The film’s depiction of divorce in socialist society did not sit well with East German officials, so they only permitted a limited release of the film.

In 1980 after Carow gave up on the project, Brauer debuted as a director with the literary adaptation Pugowitza, also co-writing the script. The WWII story is about an 11-year-old boy who believes in a final victory for Germany and is potentially involved in a soldier’s betrayal, recalling many elements of the banned film Die Russen kommen.

Brauer remained active as a director, cinematographer and scriptwriter, claiming full artistic control of many films, including the award-winning fairy tale Gritta von Rattenzuhausbeiuns, which was shown at the 1986 Berlin International Film Festival. Besides creating youth films, Brauer also directed current-affairs films for television and cinema. Since the mid-1990s, he has mainly focused on directing television series, including the successful public television hospital series In aller Freundschaft.