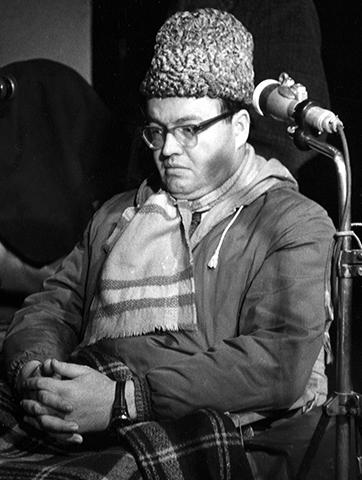 Joachim Herz, one of the most influential and innovative European musical theater directors of the twentieth century, was born in Dresden on June 15, 1924. After graduating from the Kreuzschule in Dresden and fulfilling his military service during WWII, he studied music education in Leipzig and at the State Academy for Music and Theater in Dresden. From 1948 to 1951, he studied opera directing under Heinz Arnold.

Herz’s first professional position was at the Landesbühnen Sachsen from 1951 to 1953. In 1953, Walter Felsenstein, the artistic director of the Komische Oper in Berlin, invited Herz as a guest assistant and director, and they collaborated on various projects, including The Magic Flute in 1954. From 1957 to 1976, Herz was a director-in-chief and then opera director at the Leipzig Opera. His production of Wagner’s The Mastersingers of Nuremberg inaugurated the Opera’s new building in 1960. Herz became internationally known for his operatic productions, including Prokofiev’s War and Peace (1961), Wagner’s Ring cycle (1973-76) and Händel’s Xerxes (1972), and invitations to Buenos Aires, London, Moscow, Vancouver and Vienna followed.

On August 1, 1976, Herz became artistic director of the Komische Oper in Berlin. His 1977 debut there was with the Brecht-Weill satirical opera Rise and Fall of the City of Mahagonny, which was also recorded for East German television. His staging of The Flying Dutchman at the Berlin Komische Oper in 1962, at the invitation of Walter Felsenstein, and subsequent productions in Leipzig (1962) and at Moscow’s Bolshoi Theater (1963) prompted an invitation to make a cinematic adaptation. This film was the only film he ever made.

Herz left the Komische Oper in 1981, possibly because of his dealings with the ensemble and GDR officials, and worked in London and Munich. He then directed Carl Maria von Weber’s The Marksman (1985) for the reopening of the Semperoper in Dresden, where he also worked as an artistic director from 1985 to 1991. Thereafter he continued an active lecture schedule, responding to invitations from around the world.

Joachim Herz died in Leipzig on October 18, 2010. After his death, the British magazine Opera Now noted: “His Wagner productions in particular have proved ground-breaking, although his enormous contribution to revolutionary post-war changes in opera production has not always been acknowledged.”

Herz’s papers are housed at the Academy of Arts in Berlin and the Estonian Academy of Music and Theater in Tallinn.