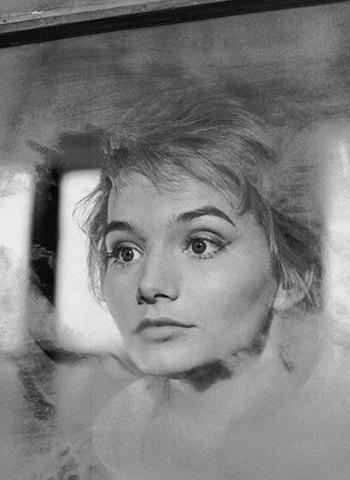 The following is an excerpt from a conversation about casting The Flying Dutchman between director Joachim Herz and Horst Seeger, the chief dramaturg at the Komische Oper. It took place before the premiere of the film and was published in Film-Wissenschaftliche Mitteilungen (1963, issue 3).

"We contacted over 50 Sentas.... The production manager went to Prague and Budapest, and I went twice to Warsaw and Łódź. We invited 16 Sentas to shoot test takes, three of whom were in Warsaw. We finally chose Anna Prucnal, a Polish music student from Warsaw who had just graduated with her diploma in singing.

She has already filmed in Bulgaria and played in a comedy in Poland, but is still primarily a full-time music student, which is very good for her. She has a very unusual, fascinating face and incredibly strong emotional expressiveness."