Wedding Night in the Rain 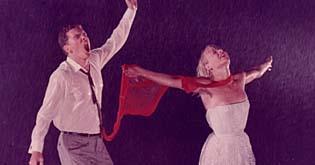 In this first musical from the DEFA Studios, Gabi, a young hairdresser from the Baltic coast, desperately wants to be East Germany’s first female jockey.

One day, she packs her bags and drives to Berlin-Hoppegarten, known for its horse racecourse, where she is roundly rejected by the head coach. Gabi doesn't want to give up her dream, though. In order to stay in the city, she needs an official residence permit. Her only option is to rush into a marriage with the seemingly nice guy, Freddy (Frank Schöbel, Hot Summer). The marriage soon proves to be her second rejection, however, as Freddy openly dislikes the fact that she wants to be a jockey.

Gabi’s first ray of hope comes when a kind-hearted stableman lets her train in secret. But will she be able to find love while remaining true to her dreams?

“[Scriptwriter] Karl-Heinz Lennartz and [director] Horst Seemann have chosen present-day [East] Berlin as a setting for their film. The characters are meant to represent young people of our time. This is Seemann’s first feature film—he coined the formulation that it is an aesthetic characteristic of the musical to claim to be realistic and to represent a true slice of our life.”   —Filmspiegel, 1967 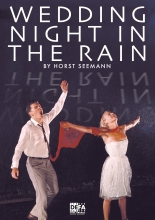