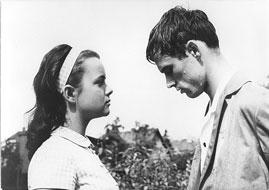 High-school senior Peter considers the adults around him to be hypocritical, self-congratulatory and immersed in the past. He gets suspended for writing an essay that his teachers see as a challenge to the state.

A masterpiece of critical realism. Just Don’t Think I’ll Cry was one of 12 films and film projects – almost an entire year’s production – that were banned in 1965-66 due to alleged anti-socialist elements. Although scenes and dialogs were altered and the end was re-shot twice, officials condemned this film as "particularly harmful." In 1989, cinematographer Ost restored the original version for a screening of the banned films in January 1990.

“This film plays out a generational conflict that was paradigmatic for the period.”
— Henning Wrage, Die Zeit der Kunst

“It is always a remarkable experience to encounter actors who, back then, were still at the beginning of their development and who have followed winding paths. Jutta Hoffmann, for example, who, for many years the GDR's number one film star, was forced out of the country as a result of pettiness, narrow-mindedness and stupidity.”
— Peter Claus, Junge Welt 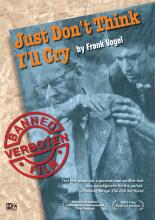