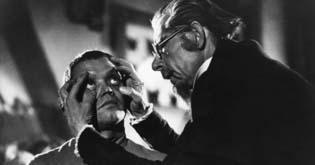 While an anatomy seminar prepares to examine the cadaver of Franz Wozzeck in the name of scientific progress, medical student Büchner excoriates humanity for having allowed Wozzeck’s fate. The tragic story unfolds in flashbacks, as Büchner narrates.

Wozzeck, a poor and simple soldier, endures humiliation and brutality at the hands of his military superiors. Willing to give all to support his beloved Marie and their son, Wozzeck even agrees to undergo dangerous medical experiments. But when a handsome major seduces Marie, Wozzeck is able to contain himself no longer.

This film is endowed with exceptional visual power—both sharply realistic and uncannily visionary. Klaren used expressionist elements to explore German predispositions to militarism and fascism. Although officials praised the first post-war literary adaptation and used it for re-education in the early postwar years, it disappeared from the screen after the formalism debate in the 1950s.

"A Trümmer film without the ruins, translating the 19th-century play into contemporary terms for a shell-shocked German audience, while attempting to reestablish ties to a radical, democratic literary tradition that had been obliterated by the Nazis."
— Jan-Christopher Horak, Director of the UCLA Film & Television Archive

Traces of a Forgotten Man

In the Land of Darkness, Pain, and Suffering 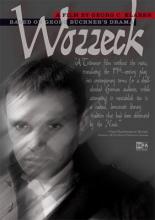 The Trial Is Postponed