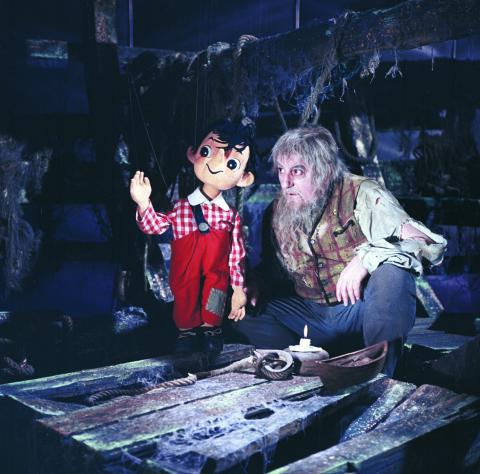 The toymaker Kasimir had hardly finished carving the puppet Turli before he comes alive and starts causing unintentional mischief by skipping school and creating chaos at the puppet theater. Turli  is finally caught by the evil Muriel, who turns lazy children into donkeys and makes them work for him. The fairy Euphrosina helps Turli escape so he can first rescue Kasimir, who was swallowed by a fish while looking for him, and then save the other children from Muriel’s clutches. As a reward, Turli becomes a real boy.

A lovely, humerous live-action rendition of the classic children's story by Carlo Collodi. The film was dubbed by American producer and director Ron Merk and successfully distributed for children in the US under the title Pinocchio. 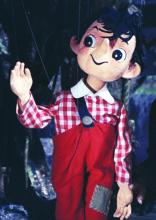 Alarm at the Puppet Theater