KLK to PTX: The Red Orchestra 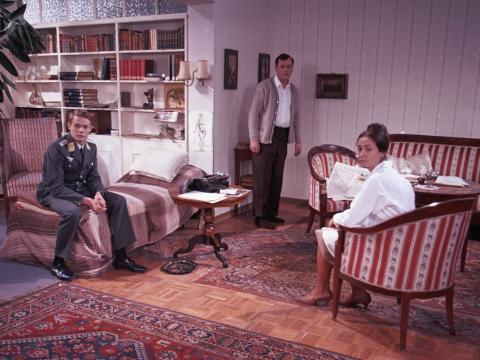 This documentary tells the story of the Red Orchestra, one of the most important German anti-Nazi resistance groups. Named by German counterintelligence, the group was centered around Harro Schulze-Boysen and Arvid Harnack and included members from different social and religious backgrounds, united in their fight against the Nazis.

Because they focused on collecting information and sending it abroad, the Red Orchestra became an increasingly important threat after Germany attacked the Soviet Union. The SS finally discovered the group and arrested one member after another.

KLK to PTX is based on biographies, memoirs, testimonies, execution reports and notes that imprisoned group members smuggled to each other. It broke an East German taboo by talking about non-communist anti-Nazi resistance during WWII. For the first time, an East German film showed a bourgeois milieu of resistance fighters that included diplomats, artists and professors.