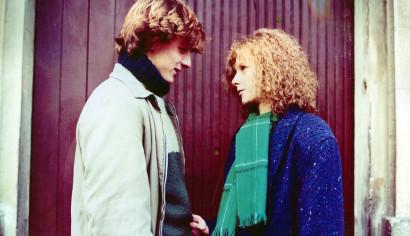 Tom, a 17-year-old window design apprentice, dreams about true love. One day, a new girl from East Berlin moves to town. Tom has a crush on her and will do anything to impress her. When he finds out that she plans to become an actress, he even discovers the aspiration to perform himself. For a while, Tom is on cloud 9.

This poetic, sensitive and at times comical coming-of-age story portrays East German youth before the fall of the Berlin Wall in 1989. Contemporary critics described the film as “an encouragement for young people in discouraged times.”

“This tragicomedy, about the charged relation between infatuated ideals and gloomy daily life, is one of Kahane’s most personal films.”   —Deutsche Kinemathek

“The film’s playfulness and lack of finger-pointing turns it into something exceptional.” —Jens Rübner, Aufstieg ins Rampenlicht

“Peter Kahane presents a coming-of-age story in the form of idealistic youths eager to discover where life beyond their small town will take them.”   —Anne Jost-Fritz, DEFA after East Germany

“In this youth-oriented film, the degree of artistry, of narrative honesty and resourcefulness, lingers emphatically.”  —Hans Braunseis, Der Morgen

“Another super film: lively, apt, honest and not long-winded. […] Kahane tells his story without language, through images and sound alone, tenderly and sensually, leaving much only hinted at. He forms exact, intelligent and ironic points and brings you to laughter and tears.   —Heinz Kersten, Der Tagesspiegel

“Peter Kahane’s vigorous Ready for Life is a heartwarming comedy about the trials and tribulations of young lovers. From today’s perspective, the film is above all interesting as a historic document about the East German provinces a few months before the end of the first socialist republic on German soil.” —Pitt Herrmann, Sonntagsnachrichten 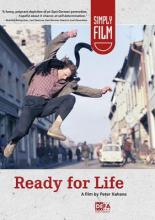 On the Sunny Side