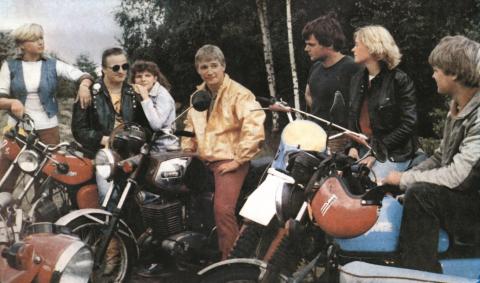 Ete and Ali, an incongruous and inseparable pair, are fresh out of the army. Neither one knows what to do next. Ali, who does not want to return to his lackluster life, decides to help Ete win back his wife.

Peter Kahane’s feature film debut—a road movie with a melancholic twist—doesn’t have a quintessentially happy ending, in which the heroes walk away into the sunset. Instead, Ete and Ali drive off down a dirt road in an East German province.

“Ete and Ali is essentially a road movie, with one important difference: no one actually goes anywhere. […] Although Ete and Ali is primarily played for laughs, the laughs are sometimes bittersweet. Unlike most comedies from Hollywood, the story doesn’t resolve itself into a nice pat answer at the end. Things are complicated and life goes on.”
—Jim Morton, East German Cinema Blog

“Director Kahane shows a vision of expanses and the possibility of a self-determined life within the narrowness of East German daily life. A subliminal, critical road movie with a good portion of humor, lightness and optimism.”
—Potsdam Film Museum

“...The many blissfully pointed dialogs don’t come across as gossipy, but instead are downright addictive.”
—Renate Holland-Moritz, Eulenspiegel

“Light and comic in parts, slow and repetitious in others, this comedy still has its moments.”
—Rottentomatoes.com 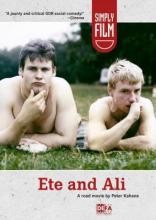