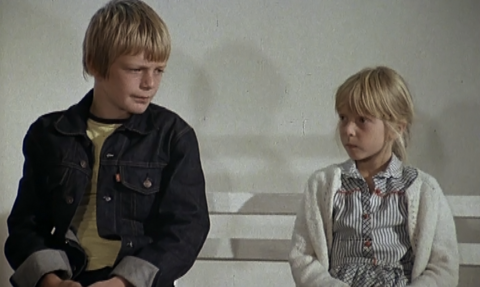 Since her parents died in a car accident, Sabine has lived in an orphanage. When Edith—her beloved caretaker and the only adult she trusts—leaves to have a baby, Sabine runs away. Like Alice in Wonderland, the spunky little girl wanders through the city of Berlin, observing life and meeting people. After two days and nights filled with amusing and poignant stories, she realizes there is a place she belongs.

Helmut Dziuba, director of many children’s and youth film classics, tells his prize-winning story from Sabine’s subjective viewpoint. The film’s themes of loss, loneliness, and death stand out as markedly atypical and bold—especially, but not only in the context of East German cinema.

“One of the finest children’s films to emerge from a socialist country... The film is a standout because it appeals equally to adults and credits are tops in every category. Dziuba has outdone himself by raising the difficult genre to a philosophical parable on human foibles. Packed with humor and several fine touches, pic is a winner due to helming and lensing plus finely etched character roles.”
—Variety, 1983

“The episodically structured journey of a girl in search of herself.”
—Zwischen Marx und Muck

“Although conceived and interpreted as a children’s film about loss, loneliness, and death, it seems to be more a film for adults.”
—Goethe Institute 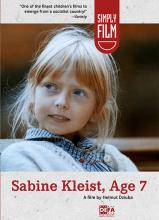