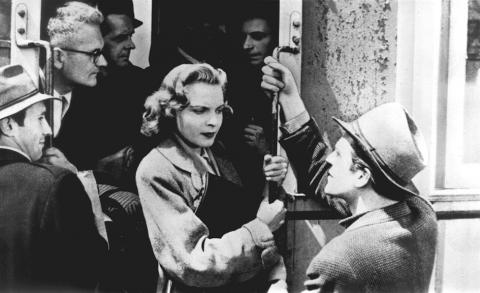 The petit bourgeouis Weber family lives in sectored Berlin after the Second World War and struggles to make ends meet. Karl Weber, an unemployed cashier, observes from a distance how his son Ernst and daughter Inge participate in the construction of a new socialist society. However, he cannot understand their vision and instead confides in his other son Harry, who is trying to obtain quick money through illicit business.

These two different life paths threaten to tear the family apart. But after Karl gets caught in one of Harry's schemes and sees the remarkable progress made by Ernst's factory, he realizes whose ideas can actually help the family build a new future.

With this film, director Slatan Dudow (1903-1963) continued the traditions of proletarian German film from the Weimar Republic.  As with this first feature film, Kuhle Wampe, from a screenplay by Bertolt Brecht, Dudow wanted an art that “cultivates the viewer’s psyche.”  His postwar films were intended to make the viewers realize the importance of supporting the “new order” in East Germany.  Our Daily Bread became known as a premiere film of its day under the rubric of “socialist realism.”   Slatan Dudow’s work was convincing mainly through his detailed descriptions of socialist everyday life, which capture Berlin’s world of ruins in almost documentary fashion.

The music by acclaimed composer Hanns Eisler was the centerpiece of contemporary review.  After coming back from his exile in America, the composer created a score that “challenged, thrilled, and focused. The usual illustrative film scores from hundreds of films were simply washed away.” (Herbert Ihering) 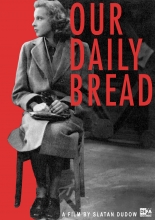