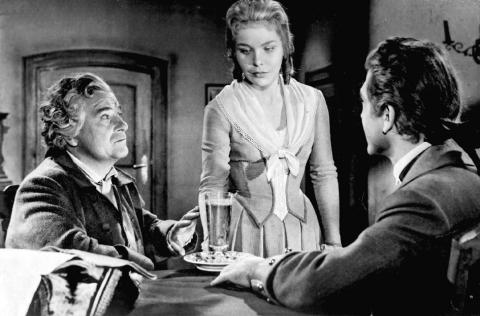 Ferdinand von Walther, the son of President von Walther, is in love with Luise, the daughter of the town musician Miller. Yet, this love is not in keeping with the young man's social station and stands in the way of the President's high-flown plans: Ferdinand is to marry the duke's mistress, Lady Milford, thereby shoring up his father's influence at court.

Ferdinand balks at this plan; he loves Luise too much and would not even dream of considering a forced marriage. But Wurm, a bourgeois upstart and the President's right hand man, has likewise fallen for Luise. With his master's consent, he craftily sets up an intrigue to which Ferdinand falls victim.

Based on the drama by Friedrich Schiller, the film impresses with its monumental scenery and historical costumes. Director Martin Hellberg opens a new view into one of the most important plays of classical German literature. 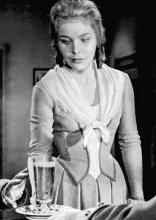 Martin Hellberg: The Play - His Life

The Merry Wives of Windsor