The Fight About the Donkey's Shadow 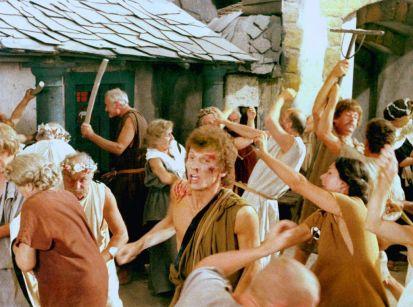 The philosopher Democritus has a toothache, so a dentist from ancient Abdera sets off for his house. En route, he gets into a fight with a donkey driver, who demands payment because Abdera rested in his donkey's shadow. Eventually all of Abdera gets caught up in the conflict. Just when the city is seconds away from having a civil war, Democritus's apprentice Leander shows up to ease the city's tensions with a gift. 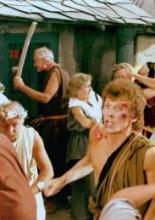 The Story of Poor Hassan

The Story of Little Mook