Captain Florian of the Mill 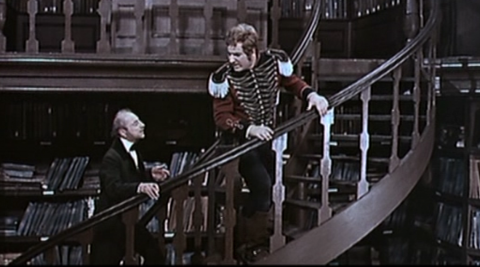 Florian the miller gives all of his money to the war against Napoleon. After the war, Florian realizes not only that he may not be reimbursed, but also that he has to pay taxes on his destroyed mill. Florian resists the tax collectors and takes off to Vienna, where he intends to defend his rights. On the way, he rescues the Duchess of Guastalla from assault. She also wants to go to Vienna, as His Majesty Franz II is trying to contest her inheritance in favor of his daughter. With cunning, luck, and dagger, Florian fights his way through a slew of nobility and their secret police. In the end, he acquires multiple titles, and the Duchess acquires him.

Loosely based on a true story. 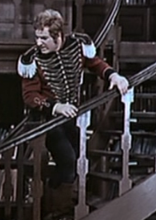