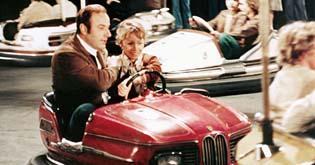 One year has passed since Max and Wanda’s divorce, but Max has come to the realization that he wants his ex-wife back—no matter what the cost! So he concocts a sneaky plan: he asks Wanda to hide him from the police, who are apparently looking for him. At first, Wanda rejects all his attempts to restart their relationship. But she is soon unable to resist Max's convincing promises and even throws her lover out of the house. After she discovers Max's lie, however, she decides to take matters into her own hands and use this opportunity to test Max and the boundaries of their relationship.

Frank Beyer and Jurek Becker were inspired by Ingmar Bergmann's Scenes from a Marriage and created a comedy—their own version of that film from a socialist filmmaker's point of view. While working on the film, the singer-songwriter Wolf Biermann was officially expelled from East Germany. Frank Beyer, Jurek Becker, Manfred Krug, Jutta Hoffmann and others signed a letter of protest, which resulted in the cancellation of the film's premiere. This later fueled Hoffmann and Krug's decision to leave the GDR for West Germany. The film was finally released with only five circulating prints in November 1978. Nevertheless, Krug's fans flooded into the screenings in Berlin. Officials saw this success as a boost for Krug, who had already started a new career in West Germany, and unoffically removed the film from distribution. 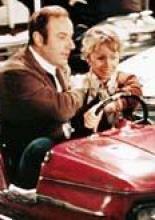