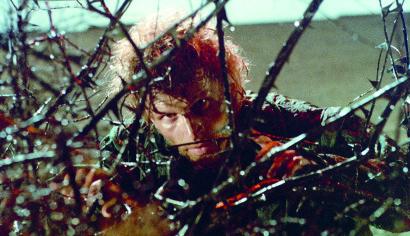 Christoffel returns from war to find that his house reduced to rubble and his parents dead. He makes a pact with the devil out of desperation. In exchange for a magic jacket provides him with gold coins, Christoffel is not allowed to wash, cut or comb his hair, or shave for seven years, and he may only sleep on a bear skin on the floor. If he keeps his promise, he may keep the coat. If not, he will be in service to the devil forever.

At first Christoffel thinks the promise will be easy to keep, but he soon finds that money can not buy friends. The longer he goes unwashed, the more people avoid him. Resigned to his fate, he moves into a jail cell to wait out the rest of the seven years, but while there, his life takes an unexpected turn. He frees an innocent jeweler, and, despite his appearance, wins the heart of the jeweler's daughter, Katarina. His new goal in life is to carry out the terms of his pact so that he can return to Katarina as an upstanding man.

As a result of the stark set, at times reminiscent of a stage, as well as the repeated images of people fleeing Christoffel's company, there is a distinct sense of alienation in this film. The Bear Skinner is certainly among the darker of the DEFA feature film fairy tales.  Although most critics praised the film, particularly director Walter Beck and actor Jens-Uwe Bogadtke, they also commented on the melancholy tone, as created by the music and set, which was not to be avoided.

The film's very clear message, money doesn't bring happiness, overpowers the other themes, which could have been expanded to give the film greater depth and complexity: friendship is worth more than possessions, money can make people greedy and power-hungry, don't judge a book by its cover, a promise made must be a promise kept, and so on. Some critics wondered whether the importance of these ideas would be lost on younger children, and, despite the happy ending, The Bear Skinner does seem intended for a somewhat more mature audience. 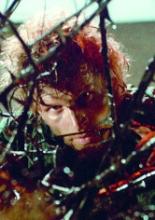