Isabel on the Stairs 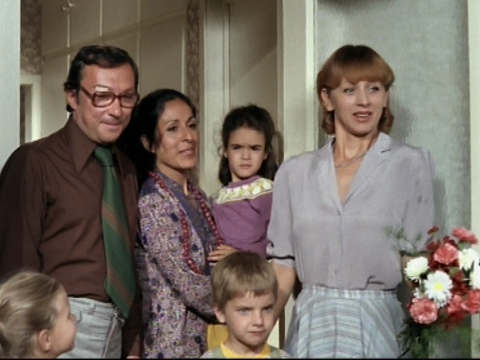 Twelve-year-old Isabel and her mother, a famous political singer in Chile, had to escape after the 1973 military coup. Isabel’s father stayed behind, fighting in the underground. For six years, they have lived in a new apartment building in East Berlin. At first, the neighbors make an effort to welcome them, but later become more distant. Isabel does not feel at home in the strange country. Not even her friendship with Philip, can overcome it. Almost every day, Isabel sits on the stairs waiting for a letter from her father.

This film, based on a radio drama by Waltraud Lewin, reflects on the experience over 2,000 political refugees, who came to the GDR Immediately after the coup. Isabel on the Stairs—in which the lead roles are played by Chilean exiles—describes the fate of Chileans in GDR exile in the late 1970s. Official positive statements about the presence of Chilean refugees contradicted the realities of life for the expatriates in the GDR. In the 1980s, many Chileans left the GDR for Western Europe or returned home.

“A plea for tolerance.”  –cinema.de

“The film is timeless and, today, more important than ever.”    –medienbewusst.de

“The film put the solidarity of East Germans with refugees to the test.” —Potsdam Film Museum

The film bravely discusses the contradictions between official slogans and reality in dealing with refugees.”  –film-dienst.de

“The film dramatizes the fate of Latin American exile in the GDR and is based on a more straightforward tone of sympathy for the plight of refugees in need of help.” —Barton Byg, “Solidarity and Exile,” in Moving Pictures, Migrating Identities

“The film is educational and well-made. It promotes understanding and a willingness to help refugees.” –Lexikon des Internationalen Films

“The Chilean actors’ own experiences contributed to their performance and gave the film authenticity.”  —Heinz Kersten, So viele Träume

“It is important to show the film because it tells the story of a country that offered many children asylum but does not exist anymore today.”  —Irina Gallardo Báez, actress playing Isabel 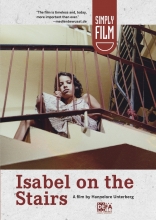 I Thought You Liked Me

When You Think of Chile