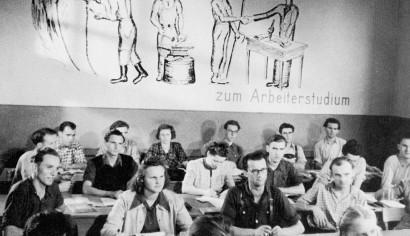 This documentary juxtaposes events in the immediate postwar East and West Germanies to draw a picture of the developing Cold War politics. Several economic and cultural stages of the GDR are presented, including important events such as Victory Day on May 9, 1945; the first anniversary of the GDR; and the Third Party Conference of the SED on July 20, 1950.

Each of the key changes implemented in the GDR—land reform, political leadership and economic planning (the first Five-Year Plan in 1950)—is juxtaposed with images of West Germany’s unemployment, impoverished neighborhoods, and the Berlin Airlift from 1948-1949. In short, a developing East Germany is contrasted with destructive West German capitalism and Cold War politics. 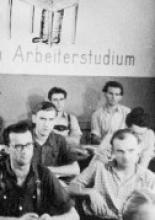 Impressions from the GDR

And Your Love Too