Käthe Kollwitz: Images of a Life 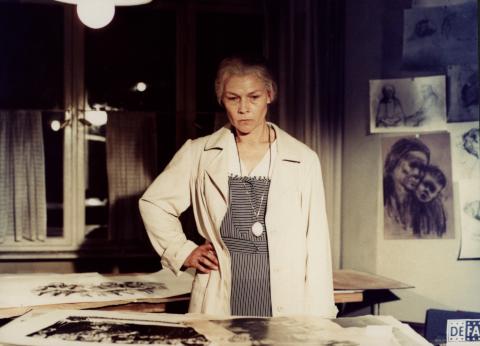 Käthe Kollwitz (Jutta Wachowiak) is 47 years old and already a well-established artist in Germany and abroad when Peter, her youngest son, volunteers to join the German army in WWI and gets killed two weeks later. This painful tragedy changes Kollwitz’s life and art forever. She becomes a radical pacifist; in her art she reflects on her son and the meaning of war. After signing a petition against the Nazis, she is excluded from the Prussian Academy of Arts in Berlin and her art is labeled “degenerate.” Lonely and sick, Kollwitz spends the last days of her life near Dresden and she dies at the age of 78, before the end of WWII.

Ralf Kirsten—director of The Lost Angel, a homage to German artist Ernst Barlach—used episodes from Kollwitz’s unpublished letters and diaries to fit them together in a mosaic-like self-portrait.

“This masterful film eloquently captures the determination and sensitivity with which Kollwitz faced personal tragedy and social turmoil brought by two world wars to produce one of the most profound artistic reflections on the early 20th century.” —Timothy O. Benson, Art Curator, LACMA

“The Brechtian quality of the film allows one to experience the physical and mental transformation of actress Jutta Wachowiak into her role as Käthe Kollwitz, one of the most important female artist of the 20th century. The result is a thoughtful, beautiful film.”—Henriette Kets de Vries, Smith College Museum of Art

Käthe Kollwitz: A Life in Art 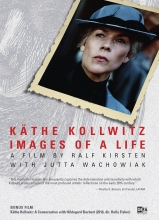 Seed Corn Should Not Be Ground