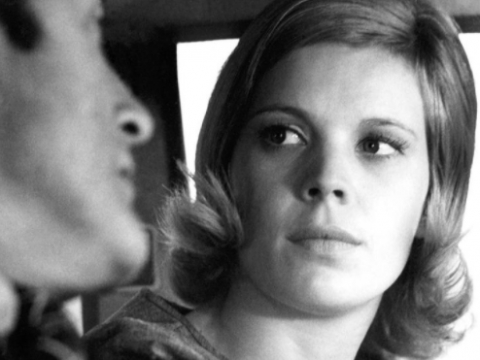 The engineer Linda falls in love with not with one, but two of the men on her construction team, in a film that raises questions about the importance of work, love and happiness in socialist East Germany of the 1970s. Critics praise this film as an example of Nouvelle Vague from the GDR.

When Iris Gusner, one of very few East German female directors, previewed the rough-cut of her debut film, she was accused of presenting an "unrealistic picture of life" and officials banned the film.

The film then disappeared, only to finally became available—after a dramatic series of twists and turns and extensive restoration in b/w—in 2010.

Linda—young, independent and self-confident—is the manager of a large-scale, mostly male, residential construction project. She falls in love with two very different men: Daniel is a spontaneous student working on the site over the summer, whereas forman Hans ihas already experienced a lot in his lifetime. This constellation providesd Gusner an opportunity to address issues raised for the different characters, as well as question the importance of love and happiness in 1970s socialist East Germany.

When Iris Gusner, one of very few female feature-film directors in the GDR, screened the rough-cut of her widely-heralded debut film, critics accused her of presenting an unrealistic picture of East German life that highlighted workers in distress. Final production was halted and the film was banned; it was also later lost—a very unusual occurence at the DEFA Studio.

After the Wall fell in November 1989, cinematographer Roland Gräf, who had shot the film, restored the group of banned films from 1965-66 for a long-delayed festival. Stuck in the corner of a room, he found an old, color editing print of The Dove on the Roof. The print was damaged and the color could not be saved; but Gräf organized the production of a b/w dup negative and 35mm print. These also got lost.

In 2009, after a nearly twenty-year search, the DEFA Stiftung located the negative and undertook a second restoration of the film. The film finally became widely available—in Germany in 2010 and through the DEFA Film Library with English subtitles in 2011.

“A breeze of the impossible covers this film.”
— Frankfurter Allgemeine Zeitung

“This film is a Nouvelle Vague from the GDR.”
— epd-Film

Interview with Director Iris Gusner about Dove on the Roof

History of the Film 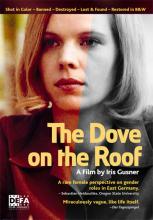 Were the Earth Not Round