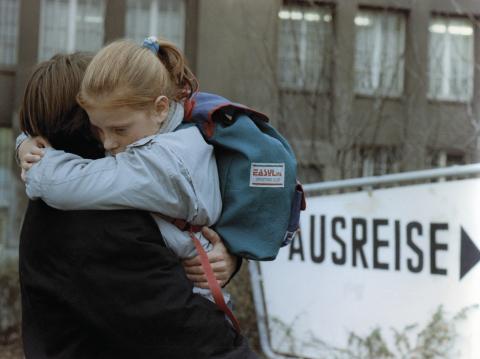 Daniel has high hopes as he pulls a team together to design a vibrant community center for a new housing development. When the nonconformist plans are rejected, he starts feeling alienated. His colleagues increasingly leave him alone. Even his wife becomes despondent; like so many others, she’d like to move to West Germany with their daughter. When she does, Daniel is left to wonder what happened to his country and its people.

This somber, finely-drawn portrait of life in East Berlin depicts a young architect whose life and goals are strangled by the communist dogma of an older generation. The Architects was one of the first fiction films to deal with the experience of both East Germany and unification periods. Filmed as East Germany crumbled and the Berlin Wall was dismantled, the crew had to rebuild the Wall to shoot the final scenes.

“The story behind the making of this tragedy is integral to understanding the picture itself. Shooting started in September 1989 as multitudes took to the streets throughout East Germany. By the time the film was finished, East Germany no longer existed. Then and now, East German filmmakers are faced with unemployment. Many of the DEFA studio executives who initially approved this picture are no longer working. Kahane deftly shows the bureaucratic inner workings of the former East German centrally controlled economy. His protagonist (Kurt Naumann) assembles a team of irreverent architects who intentionally goad the powers that be. They want to see just how much they can get away with, and that turns out to be precious little.”
— Variety, March 11, 1991

“The story about the building is fascinating, particularly the main character's dilemma as a young architect trying to make it.”
— Jen Livingston, filmmaker, Paris is Burning

"It is incredible that this film was released at all, and just as incredible how effectively it both challenges the old East German government and touches on universal themes."
— Joel Pearce, DVD Verdict

A Dream in Ruins: The Architects, by Ralph Stern

Storytelling for Film - An Interview with Thomas Knauf

Teaching Guide for The Architects 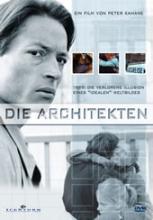