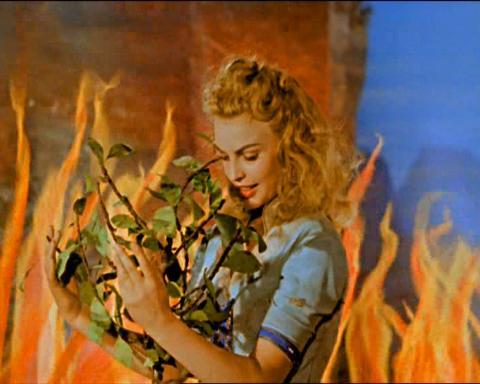 The prince must find the singing, ringing tree in order to win the hand of the haughty princess. With the help of the ruler of the realm of magic, the prince finds the precious tree; but he cannot have it until he fulfills one more condition: the princess must learn to love him before the sun sets. As she remains cold-hearted, the prince is unable to fulfill the condition and is turned into a bear.

The Bear Prince abducts the princess from the castle and takes her to the enchanted garden. The animals of the garden are terrified, as the princess has tortured them in the past. Deprived of her beauty and power, she slowly changes for the better and becomes attached to the kind bear. Enticed out of the forest by a gnome, the princess sees through his scheme and can rescue the prince with the help of her new friends, the animals, and the happy couple returns to the castle.

Based on a Grimms' fairytale fragment, The Singing, Ringing Tree became a landmark in European children's filmmaking, where it was particularly beloved in Great Britain in the 1960s. (The English voice-over is the BBC version.)

"Up to 1958, primarily fairy-tale films without any socialist intentions were made for young children. It is therefore not surprising that there were lapses into outmoded and subjectivist concepts of children's entertainment, into the bourgeois ideology of believing in miracles, mysticism and fatalism. In our opinion, also fairy-tale films should not lull [viewers into false consciousness] but should lay the foundation for an ultimately socialist understanding of moral values, e.g. 'good and evil', 'right and wrong'."
— Gerda Kohlmey in the Berlin Deutsche Filmkunst, Jan. 1960

"This new film ranks among those for the young. One cannot say it is considerably better than those that preceded it. But one can also refrain from stating, with raised eyebrows, that it is a particularly negative example. This film was made especially for children - to an extent that makes it unique."
— Margot Schroeder in the Berlin Junge Welt on Dec. 14, 1957 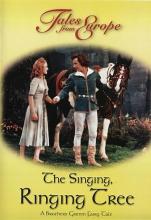 The Story of the Goose Princess and Her Faithful Horse Falada

The Story of Little Mook