The Rabbit Is Me 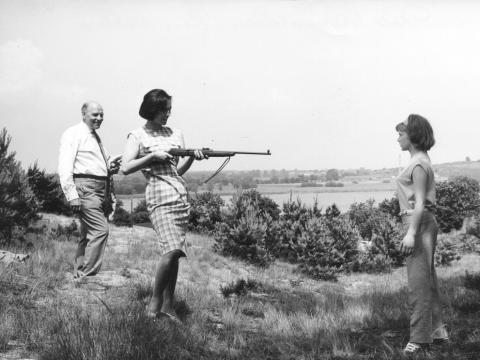 Maria, a 19-year-old waitress, has an affair with a a much older man. When she learns that he is the judge who had sentenced her brother for subversive activities against the state, she confronts him, accusing him of opportunism and hypocrisy.

The Rabbit Is Me was intended to encourage discussion of the democratization of East German society. A sardonic portrayal of the GDR's judicial system, the film was condemned as an anti-socialist, pessimistic and revisionist attack on the state. Its name was eventually adopted to signify all the banned films of 1965-66, which became known as the "Rabbit Films."

After its re-release in 1990, The Rabbit Is Me earned critical praise as one of the most important and courageous works ever made in East Germany. It was screened at The Museum of Modern Art in 2005 as part of the film series Rebels with a Cause: The Cinema of East Germany.

"This film has been released at last. It merits attention not least because of its unvarnished search for truth. As for form, Maetzig treads new paths. Until this point, no-one in [East Germany] had ever dealt with stylistic extravaganzas such as flashbacks and inner monologues with equal ease."

"The extent of inhumanity and wretchedness that was possible - and normal - in the name of socialism outrages, even a quarter of a century on. By no means a dated film. Today, we still shudder at the reality made apparent in the love story of Maria Morzeck and judge Paul Deister."
— Helmut Ullrich in the Berlin Neue Zeit on March 9, 1990 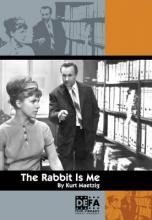