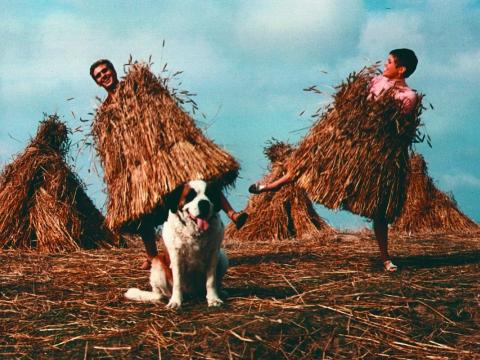 For summer vacation, two groups of high school students hitchhike to the Baltic Sea, where fun and trouble mix to create ties of friendship and love!
While hitchhiking to the Baltic, a group of eleven girls from Leipzig meets a group of ten boys from Karl Marx Stadt and they take bets on who will get to the Baltic first. Naturally, the girls have an advantage over the boys when it comes to hitchhiking, so the boys have to make up for this blow to their egos. When the two groups finally meet up on a Baltic beach, the posturing continues; but there is not much cohesion and couples form and withdraw from the group. The love triangle between Brit, Wolf and Kai starts to take center stage.

After DEFA made a number of "pessimistic" films for teenagers, this musical was a breakthrough into unrestrained entertainment and was one of East Germany's top box-office hits. Hot Summer was featured in the 1997 documentary on East Bloc musicals, Eastside Story.

Often described as East Germany's own version of Grease, Hot Summer has developed a cult following since its 1993 screening on German TV.

“A charming rarity not to be missed!”
— UCLA Film and Television Archive

"Joachim Hasler...well versed in his craft...tells an optimistic and sun-drenched film story of young people's summer holiday. On this project, he was supported by the 'Johannisthal' group of artists."
— Helmut Raddatz in the Dresden Zeit im Bild

"As cinema in America was cozying up to the ‘juvenile delinquent’ as hero, Eastern bloc filmmaking held onto youth as its sunny but still ideological poster child. Hot Summer, the first youth musical of East Germany, is similar in many ways to the Communist musicals which preceded it in its relentless optimism and focus on group participation."
— UCLA Film and Television Archive Calendar 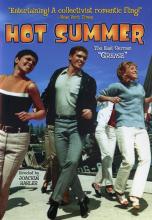 Barefoot and Without a Hat