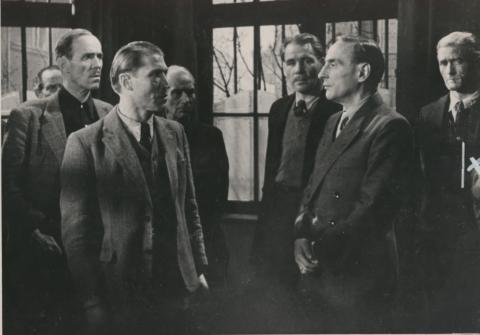 Dr. Blum, a Jewish manufacturer, is falsely accused of a murder. Even when the real killer’s identity becomes evident, the state prosecutor refuses to accept Blum’s innocence.

The Blum Affair retells the story of a 1926 court case in Magdeburg in order to portray the intertwined anti-Semitism and conservative nationalism that existed in certain circles in Germany prior to Hitler’s rule. As one of few German movies to deal with the anti-Semitic roots of Nazism, the film remains an important historical document.

Written by former UFA scriptwriter and director Robert A. Stemmle (Toxi, 1952), this film is an unusual contribution to the detective-story genre. For Erich Engel—who had directed the 1928 Berlin premiere of Brecht’s The Three Penny Opera, as well as many other political plays—it was a return to his ideals, after having spent the Nazi years in “inner emigration” working on entertainment films.

“This film is a powerfully dramatic document about pre-Hitlerite Germany. … Technical aspects of the film are handled with traditional German expertness.”
— Variety

“Even today, this film ranks as one of the most remarkable German post-war films.”
— Christine Mückenberger, DEFA: East German Cinema 1946-1992

“The Blum Affair is a procedural crime noir with a Brechtian twist. […] the film is in effect a filmic Lehrstück (lesson play) about helplessness before institutional racism and a society’s inability to see those who really threaten it.” 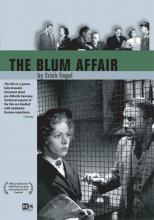 Council of the Gods