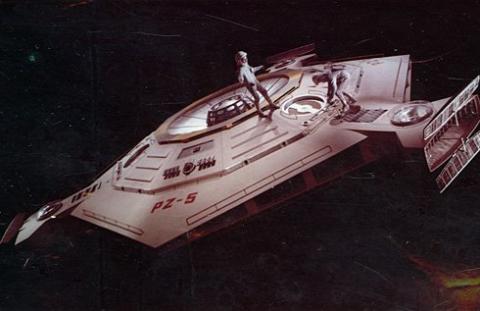 In the mid-21st century, the reseach vessel Ikaros has disappeared in space. Commander Veikko of the spaceship Laika assembles a crew to seach for the missing ship.

But the mission is anything but routine: As the team travels through the meteroid belt between Mars and Jupiter, they receive strange radio signals shortly before discovering the empty wreck of the Ikaros. The signals seem to point to the existance of a foreign civilization and the crew is afraid of a potential threat. Commander Veikko, however, is convinced that such an technically proficient civilization must advanced beyond hostility and aggression.

Based on the novel Aster oidenjager (Asteroid Hunters) by Carlos Rasch.

NOTE: The DVD copy of this film is currently only available as part of our non-circulating research collection. 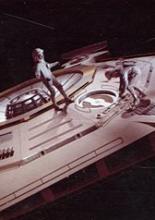 In the Dust of the Stars