Hero of the Reserve 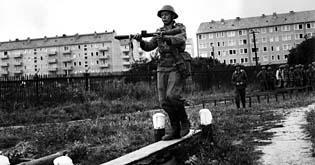 Famous actor Ralf Horricht (played by comedian Rolf Herricht) is working on a film about life as a soldier. While taking some time off from shooting for a honeymoon trip, he is called up from reserves and brought to a military training camp.

Horricht's attempts to weasle his way out of fulfilling his duty and the celebrity status he enjoys among his comrades don't earn him any points with his strict captain "Dynamite" Hottas. Events really get out of hand when the actor's new bride and the film crew all show up at the barracks. 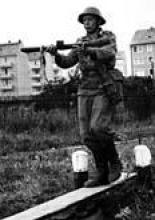 On the Sunny Side

The Just People of Kummerow