The Moral of Bandits 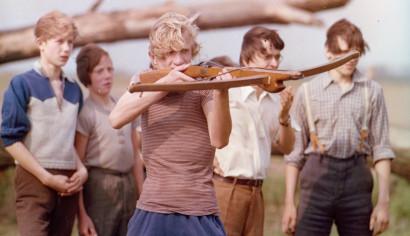 Only two years after WWII, the small village of Bötzow in Brandenburg is struggling to rebuild and the vacuum of social order has allowed a gang of youth to impose their own reign of terror over the town. The gang's brutal leader Albert is not afraid of using violence against those who defy his sense of justice.

Mayor Sander wants to have the gang sent to a juvenile detention center, while tthe eacher Lindner hopes that they can still be reformed. He finds an unexpected ally in gang member Druga, a sensitive young man who opposes Albert's violent methods.

Based on the novel by Bastian Horst. 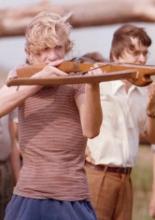