The University's football program recently began a new era as a full member of the Division I Football Bowl Subdivision (FBS) of the National Collegiate Athletic Association (NCAA) and a member of the Mid-American Conference.  Football games had been held at McGuirk Alumni Stadium (the "Stadium") up through the 2011 season.  However, the old Stadium and team facilities were spread out in multiple locations on campus and couldn't adequately support the team in the new FBS Conference.  The old single-story Stadium Facilities Building was long outdated and well under-sized to support the upgraded football program and the requirements for both home and visiting teams on game days.

The University constructed a new team facility that includes adequate space for home team lockers, weight training, team meetings, coaching staff, and equipment storage all finally under one roof.  The training and team facilities provide all of the current student athletes a new state-of-the-art facility to hone their athletic and academic performance, and also provide the football coaching staff a much needed recruiting tool as they seek to build the FBS UMass Football Program to compete at the highest national level.  The new Football Performance Center is located at the north end of the existing Stadium with a south-facing terrace overlooking the field.  The new Center has also been designed to be fully accessible for those that may have disabilities (or injured players) including elevators and restrooms.

Additionally, the University's old stadium press box was too small, could only be accessed through the stands, and was not constructed in a way that could be easily expanded.  The press box was demolished to make way for a new, larger press box that can support all of today's critical broadcast, media, hospitality, and game day operational needs.  The new Martin and Richard Jacobson Press & Skybox Complex is located on the west side, but is structurally independent from the existing Stadium.  The new construction is also fully accessible via stairs and an elevator from grade behind the west stands.

Questions about this project should be directed to the UMass project manager, Joe Balzano, at 5-2179, or jbalzano@facil.umass.edu. 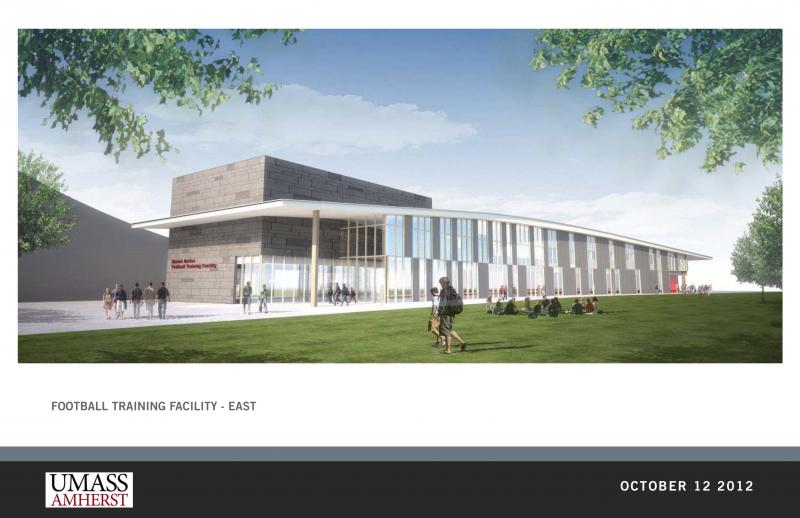 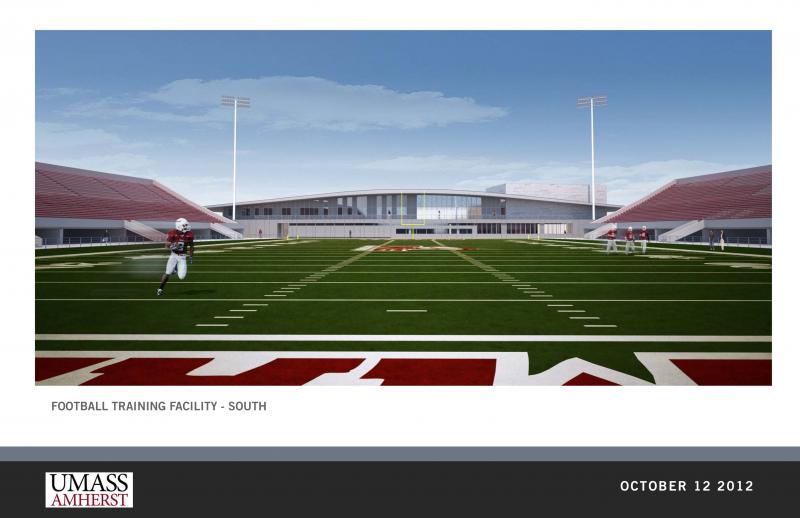 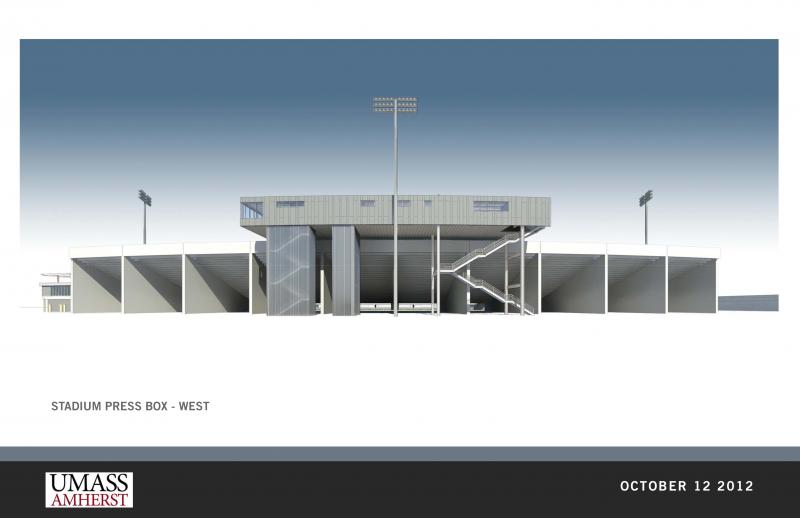